American Muslims to sue US gov't over no-fly list

Naveed Shinwari has been unable to visit his wife for 26 months after being placed on the no-fly list since returning from Afghanistan. 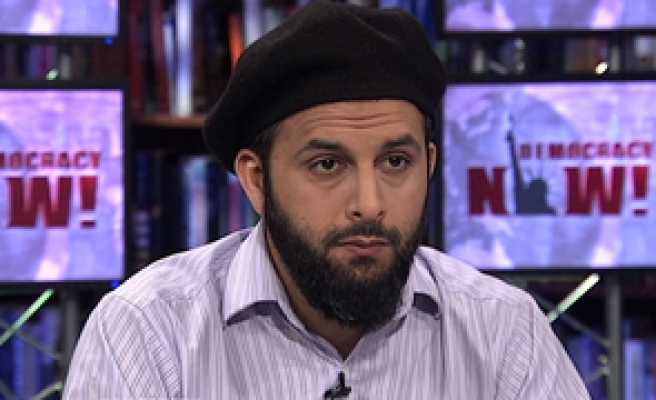 Naveed Shinwari and three other American Muslims are suing the US government after claiming that they have been put on the no-fly list in a bid to coerce them into working for the FBI and spy on other Muslims.

Speaking to Juan Gonzales from Democracy Now!, Shinwari said that he had no idea how he got onto the list, which according to the New York Times includes 700,000 people, or how to get off it.

Shinwari was due to return to the US from Afghanistan in February 2012 where he had gone to get married. His return journey with his mother included a stop-off at Dubai, where he was denied a boarding pass to the US. He was then taken to a room where he was interrogated by two FBI agents for four hours, in which he was asked if he had attended any training camps.

After being stuck in Dubai for a total of five days, he was finally granted a boarding pass to the US, only to be interrogated against by FBI agents on his arrival in Washington as well as several visits to his house by agents. A month later he was told he was on the no-fly list. For this reason, he has been unable to visit his wife for 26 months.

Shinwari's lawyer Shayana Kadidal complained that there was no clear definition of what puts individuals on the list and no way to appeal against it, creating a situation ripe for abuse.

Kadidal also mentioned that one particular individuals had been mistakenly put on the list because an agent accidently ticked the "yes" box instead of the "no" box on the assessment sheet in 2005, and it wasn't until eight years later that the individual found out why. As a result, the Stanford University PhD. student was unable to travel back from Malaysia to complete her studies.

According to Kadidal, another plaintiff has not seen his wife and three daughters in 5 years whereas another one is unable to travel to Pakistan to see his 93-yeay-old ill grandmother who raised him.