When Nelson Mandela visited Nigeria in 1996, he wanted to go to the Muslim cemetery in Lagos. Journalists were asking why and he answered “Here lies the first person who fired up our fight against racism. Even when we were not born, he started combatting racism.” The grave of the person that Mandela visited was no one else but Dusé Mohamed Ali. 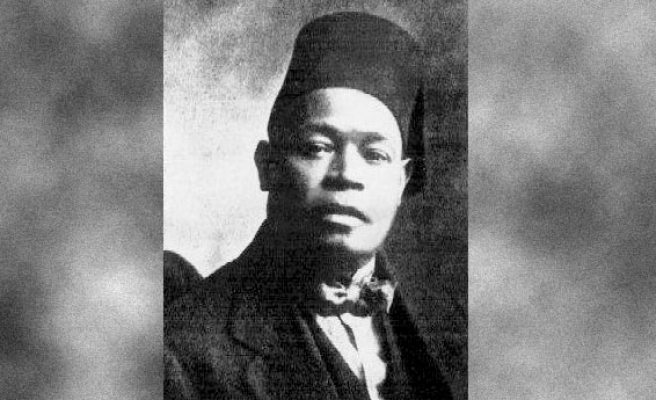 Dusé Mohamed Ali was born in Alexandria on 21 November 1866 as the son of an Egyptian officer and a Sudanese mother and died at the age of 80 in Lagos. African Times, Orient Review, Comet magazines were set up by Mohamed Ali, who defended the African Union for the first time, became Africa's voice against racism. Despite being born in Egypt, he spent most of his life in Senegal, Ghana, Zaire and South Africa.

He gained a large audience in Africa and America

Abdul Salem Ali, father of Mohamed Ali, sent him to London to be educated. Mohamed Ali returned to Egypt after his father was killed in the rebellion against the British in 1882, and after a while he continued to study at the Cairo University Literature Department, but later he pursued studies in Britain.

Dusé Ali started his literary career with playwriting and worked on the theme of racism in his plays. Between 1885 and 1909, many games of him were played in the Caribbean, India and America. The plays he wrote in England and France were banned and he went to the United States after living in police chase in London for a short span of time. Here he took part in the founders of the weekly New Age journal, the first newspaper published by the blacks. Mohamed Ali, who writes articles against imperialism and racism, has gained a large audience in Africa and America.

Mohamed Ali, who attended the World Races Congress in London in 1911, made a long speech at the congress. He said in his speech that all races are equal and he wanted the US to apologize to the Indians, the French and the Belgians to the Congolese, and the English to the Sudanese and the Egyptians.

He led the birth of the idea of ​​the African Union

He established the first African diaspora in England together with Du Bois and John Eldred Taylor and led the birth of the idea of ​​the African Union. He worked for the proliferation of literacy among African immigrants, right to study of blacks at universities, promoting African literature, and participating in strikes for black workers to get equal pay as much as White workers.

Mohamed Ali, who lived in different regions of Africa from 1912 to 1920, later settled in Nigeria and played an active role in the struggle against British colonialism. During his stay in Nigeria he published Orient Review and Afrikan Times magazines and tried to break the British monopoly of media in the country.

Mohamed Ali, who went to America after the British imposed a publication ban on the magazines, took part in the Negro Union organization, led by Marcus Garvey, the largest black organization in the country. But he left this organization when he was disturbed by Garvey's racist approach to the whites. Mohamed Ali was one of the founders of the Islamic World Society in Michigan-Detroit. This organization eventually changed its name to the Muslim Nation, and its leadership took over by Wallace D. Fard Mohamed.

Mohamed Ali, who returned to Nigeria in 1931, became the editor of the Nigerian Daily Times and the Nigerian Daily Telegraph. In 1933 he founded The Comet, Nigeria's weekly magazine with the highest circulation. Mohamed Ali, who entered into an active struggle against racism and colonialism, made the African Congress recognized in Nigeria. “I do not want to die without seeing an independent and free African country” said Mohamed Ali, who lost his life on February 26, 1946, without seeing his dream come true. His novel “Are Roosevelt Came” and his autobiographical novel “Leaves from an Active Life” have been translated into many languages. Mohamed Ali, besides his other professions, is a film director and he is regarded as the first Muslim film-maker in Nigeria.

Mohamed Ali's writings in The Comet inspired Nelson Mandela, who launched the South Africa liberation struggle, Kwame Nkrumah, the first president of Ghana, Prime Minister Patrice Lumambave, the independence fighter of the Congo, and Algerian thinker and activist Franz Fanon. Many years after Mohamed Ali's death, Nelson Mandela said in an interview with the Cape Argus newspaper, “Mohamed Ali taught us not to fight against racism with racism”.