Arafat, Muzdalifah and Mina prepared for the Hajj pilgrimage

In Saudi Arabia, the grounds of Arafat, Muzdalifah and Mina are being prepared to host millions of Muslims who are rushing to the holy city of Makkah for the upcoming pilgrimage season. 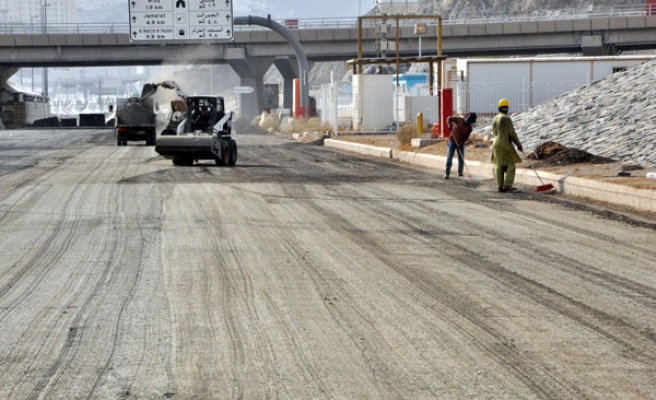 As the Hajj pilgrimage is set to begin next month, the holy grounds of Arafat, Muzdalifah and Mina are being prepared to cater for millions of Muslims who have already started arriving to the region.

While curious visitors are watching from the peaks of Rahmah, the municipality of Makkah are working on readying the roads of the city. Already in Mina, millions of tents are standing ready to accommodate the guests.

Just as they do every year, the Makkah municipality has hired cleaners from Pakistan, India and Bangladesh to keep the city clean. Every year around 6,000 cleaners flock to the holy land during the Hajj season.

Along with Makkah, Islam’s second holy city Madinah is also being prepared. A joint co-ordination committee formed by the relevant ministers in Saudi Arabia is working hard to meet health and safety standards for the pilgrims.

As soon as the security packet of the internal minister was approved by the consultation council, measures controlling the entrance and exit of people to and from Makkah and Madinah were increased.

Furthermore, the manager of Turkish Airlines in the city of Taif, Mustafa Pehlivan, has said that all preparations for the Hajj season is complete and that pilgrims arriving in Yanbu are being sent to their destinations of Makkah and Madinah and quickly and easily as possible.

Flights that usually take pilgrims to the city of Jeddah are also taking them to the city of Taif, which is a further 85 kilometers away, as well as the city of Yanbu which is situated between Makkah and Madinah. This is reducing the usual congestion at Jaddah and allowing pilgrims to pass swiftly through control and move on to their desired destinations.