Australia to deport over 100 Arakan Muslims

Australia is set to deport over 100 Rohingya asylum-seekers to detention centres coming weeks. 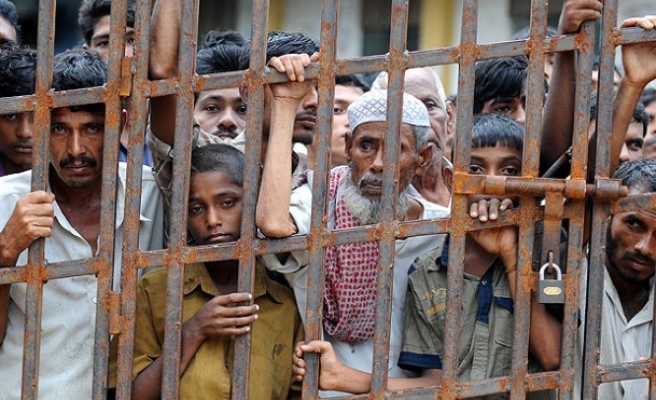 Australia is set to deport over 100 Rohingya asylum-seekers to detention centres in Papua New Guinea (PNG) and Nauru in the coming weeks, in spite of accusations that the move would breach international human rights law, reported the Stateless.

It follows a decision by the former government in July to redirect all asylum-seekers to its poorer Pacific neighbours in an effort to stem the influx of boat people to Australia – which the newly elected Conservative prime minister has vowed to uphold.

All new arrivals – of which 1,585 were recorded in August – will be sent onwards to Nauru or Manus Island in PNG where they will be resettled if successful, despite allegations of mistreatment and abuse at local detention facilities.

According to a local campaign group, at least 100 Rohingyas fleeing conflict and persecution in Burma’s western Arakan state are among those to arrive in Australia since the government announced its new policy.

A spokesperson for the Department of Immigration confirmed to DVB on Wednesday that 72 Burmese nationals and 284 stateless individuals – which is likely to include some Rohingyas – were set for removal.

Although he would not lay out a concrete time frame, he said that “regular transfers” of asylum seekers had taken place since July, with exceptions only being made for those with urgent medical needs.

“Everyone who’s arrived since 19 July is subject to transfer – initially to processing on Christmas Island and then onwards to either PNG or Nauru,” said the spokesperson.

Meanwhile Prime Minister Tony Abbott, who was sworn into office on Wednesday, has moved to implement an even more draconian immigration policy by authorising the navy to intercept and physically drag boats back to their country of origin, usually Indonesia.

“It’s so important that we send a message to the people-smugglers that from today their business model is coming to an end,” Abbott said at his inaugural ceremony.

Tens of thousands of Rohingya Muslims, who are denied citizenship in Burma, have fled the country since two bouts of communal clashes with Buddhists last year, which left nearly 140,000 displaced and 200 dead.

With this action, Australia -as one of the richest countries of the world- reflects the humanity understanding of the Western mind.

This is not a good solution for helpless and stateless Rohingya peoples.Please change the policy for asylum seeker and give them protection and citizenship.