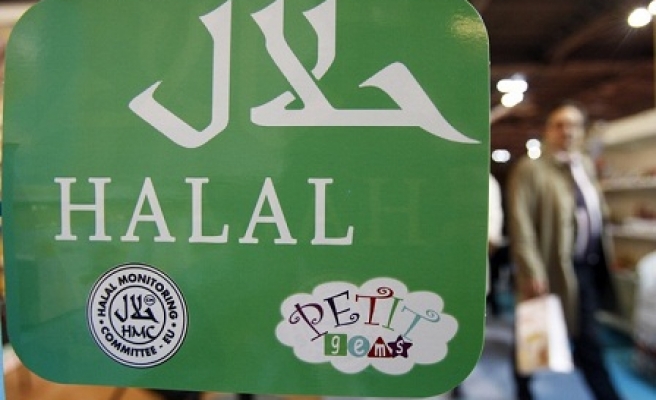 The head of a Sydney-based halal certification body has launched legal action against an "Islam-critical" group that claims the industry is corrupt and promotes sharia law in Australia, local media reported Wednesday.

"These are bigots and anti-Muslims and they don't make any bones about it," El Mouelhy told SBS News. "Kirralie Smith has maligned me personally in two videos that are on YouTube.

"They have said that I'm dishonest or that I'm using the money that I'm taking to support terrorists or that I'm actively working to install sharia law, whatever that is, in Australia."

Commenting on the case, he added: "It’s going to put those bigots back in their holes. They’re racist bigots and there is no other word for it."

A statement submitted to New South Wales Supreme Court last month alleges the videos featuring Smith portray El Mouelhy as "part of a conspiracy to destroy Western civilization from within" and "reasonably suspected of providing financial support to terrorist organizations."

The claim also states that Smith has accused El Mouelhy of working in a "dishonest manner."

The Q Society, which calls itself "Australia's leading Islam-critical organization," has been involved in campaigns opposing the construction of mosques and brought right-wing Dutch politician Geert Wilders, who has compared the Quran to Hilter’s Mein Kampf, to Australia.

In a video on the site, Smith states: "Money that is paid out in fees for halal certification is used to fund in part or whole the push for sharia law in Australia."

She also claims halal certification has been "linked to funding terrorism overseas and as yet there has been no thorough investigation into the Australian situation."

In December, the Australian Crime Commission said it is "not aware of any direct links between the legitimate halal certification industry and money laundering or the financing of terrorist groups."

El Mouelhy’s case has been described as a landmark case in the Australian media. Halal exports account for around two-thirds of Australia’s food export market.

Alongside Smith, Q Society President Debbie Robinson and board members Peter Callaghan and Ralf Schumann are named in the suit.

Smith and the Q Society have declined to comment on the case but in a letter on the group’s website calling for donations to defend the action, Robinson says: "As informed citizens, I know you understand the significance of the court action and the implications for freedom of speech in Australia."

The letter adds: "It is vital that those who speak the truth about Islamic halal certification and other Islamic impositions are not silenced by time-consuming and expensive court action."