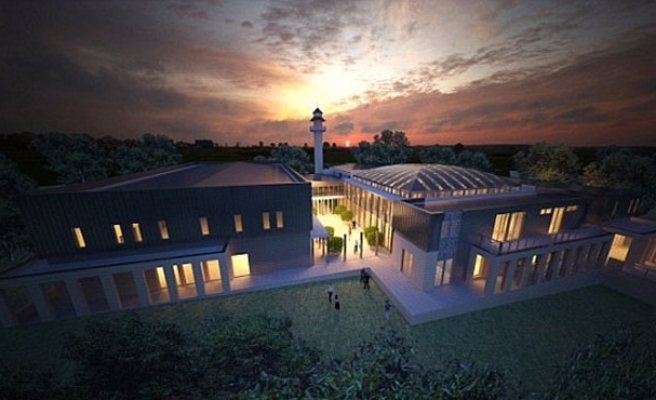 Plans to construct a mosque in an Australian city has fuelled strident Islamophobia and, conversely, equally fierce support for the project, a Muslim community leader has told The Anadolu Agency.

Dr Seyed Sheriffdeen, secretary of the Australian Islamic Mission in Victoria state, said those protesting against the plan were driven by “anti-Muslim” sentiment.

Sheriffdeen said opponents of the mosque, many of whom are not residents of Bendigo, irrationally associated a place of worship with terrorism and jihadists.

“It’s pure racism,” he told AA. “We have used the democratic, legal framework of this country. We are not asking for anything extraordinary. We put in an application to the council for it to accept or reject. We made some changes to the design as was requested and it was accepted.”

Bendigo council approved the town’s first mosque at a raucous meeting in June. Opponents of the planned mosque took their fight to the Victorian Civil and Administrative Tribunal in Melbourne on Monday.

Initially, the planned $3 million mosque divided the historic town and led to angry criticism of the decision.

A Bendigo anti-mosque campaign was waged and intimidation tactics were employed, with black balloons being hung on trees and placed outside the homes of mosque supporters.

The campaign was orchestrated by a loosely affiliated network of groups that supplied cash and support for the fight to block the mosque's construction.

A pamphlet distributed at an anti-mosque meeting read: “A mosque is not like a church or a temple,” adding that mosques “are a seat of government, a command centre, a court, and in some cases used as military training centres and arms depots.”

In response, Bendigo leaders called for tolerance and maintained they would not abide bigotry. The message spread and in June Bendigo residents carrying multi-colored balloons staged a pro-diversity march to demonstrate support for all religious faiths.

Speaking to AA, Sheriffdeen mentioned that a large ceremony had been held in Bendigo for the Islamic holiday of Eid. “Politicians, community leaders, the council, the public were all invited and they all came," he said. "They all said they wanted to see multiculturalism come to Bendigo."

He added that he was disturbed that most opposition had been generated by “outsiders.”

Sheriffdeen detailed plans to seek funding for the mosque’s construction from local sources such as government authorities and businesses.

The tribunal’s decision is expected by the end of the week.