Airports have become a flashpoint of the increased security, and many Muslims say they are being singled out for lengthy and extensive searches. Four mosques had received bomb threats in recent days, and Muslim woman attacked on streets 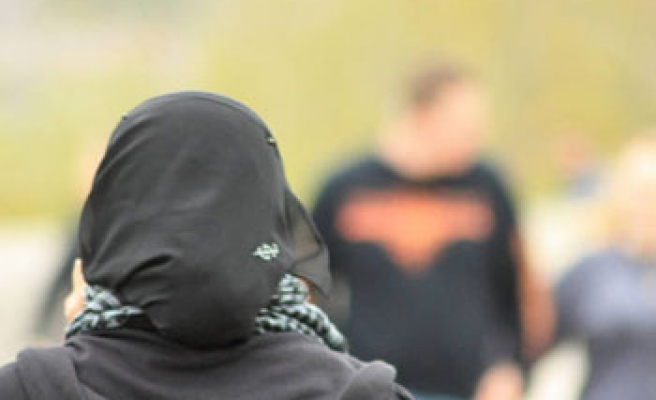 Prominent Australian Muslims say their community is being unfairly targeted by law enforcement and threatened by right-wing groups, as the government's tough new policies aimed at combating 'radicals' threaten to create a backlash.

Authorities are on high alert since massive counter-terrorism raids last week thwarted what the government said was a plot by the ISIL militant group to publicly behead a random member of the public.

Prime Minister Tony Abbott is seeking broad new security powers and policing has been tightened in public places such as Parliament House, sporting events and airports.

Abbott insists the measures are not meant to target Muslims, but Sydney-based criminal defence attorney Adam Houda says it is already clear that they have resulted in racial profiling.

He gave as one example three bearded Muslim men detained in Sydney on Friday at a rugby game after a spectator told police they were using their mobile phones "suspiciously".

"The objective facts are they were pin-pointed because of their appearance," Houda told Reuters. "If they were spoken to because they were playing with their phones, well then that's just ridiculous."

Local Muslim leaders privately say racial tensions could spiral quickly out of control. In 2005, brawls between locals from the largely white Cronulla neighbourhood and Lebanese Muslim youths from the western Sydney area at the centre of the current security crackdown quickly degenerated into days of bloody riots involving thousands of people.

Earlier this week, Abbott warned Australians the balance between freedom and security "may have to shift", as he outlined broad new powers to crack down on suspected militant activity.

Abbott said that at least 60 Australians were in the Middle East fighting for militant groups, and a further 100 Australian citizens supported the groups.

At least 20 are claimed by authorities to have returned to Australia and pose a security risk, and earlier this month the national security agency for the first time raised its four-tier threat level to "high".

Airports have become a flashpoint of the increased security, and many Muslims say they are being singled out for lengthy and extensive searches.

Australia's Grand Mufti, Ibrahim Abu Mohammad, said on Friday he was considering legal action after a senior imam was detained for more than two hours, causing him to miss his flight to Saudi Arabia for the annual Haj pilgrimage.

"It is totally unacceptable for any Australian citizen, let alone a senior member of ANIC to be subjected to this seemingly random yet profiled manner causing severe stress and unwanted inconvenience," he said in a statement, referring to the Australian National Council of Imams.

Immigration Minister Scott Morrison said in a statement that officers would try not to inconvenience Muslims travelling to undertake the Haj, but urged patience.

"Security will have priority over passenger processing at airports," he said.

Houda says he is considering filing a class action lawsuit on behalf of about 20 people detained at airports and questioned about links to terrorism.

"The prime minister keeps reminding us that the laws that he keeps trying to pass are not about targeting Muslims but what is the practical effect? 100 percent of the targets are Muslims," he said.

"So it's not sending out a great message to the Muslim community, it is in fact alienating them and creating division and problems."

As concerns about security have grown within the broader community, so too has the antipathy being expressed towards the Muslim population. About half a million people out of Australia's 23.5 million are Muslims, with about half of those living in Sydney's western suburbs.

On Wednesday Senator Cory Bernardi, a member of Abbott's Liberal Party, told Sky News that he had requested that all visitors to Parliament be barred from wearing the head-to-toe burqa robe and all other facial coverings for security reasons.

"It's not going to come as a shock when I tell you that I am not an Islamic scholar," she told Parliament.

"It's about time we faced the fact that these maniacs and depraved humans will not stop committing their cold blooded butchery and rapes until every woman in Australia wears a burqa and is subservient to men," she added, referring to the ISIL.

Tensions have grown after police shot and killed a Muslim teenager in Melbourne on Tuesday night when he stabbed two officers. The 18-year-old had apparently displayed a flag linked to ISIL at a local shopping mall and had been "of interest" to police for months, police said.

Mariam Veiszadeh, who runs a group called Islamophobia Register, told reporters that race-related incidents were on the rise.

In Sydney, a mother and her baby were spat upon and her pram was kicked; in the west coast city of Perth a man attempted to rip a woman's head scarf off and in another instance a pig's head was impaled on a cross in front of a mosque, she said.

"It's obviously there, this whole politics of fear  where you talk about the bigots, the racists, the right-wing extremists all playing part in taking advantage of the situation," Dandan said.