Austrian President Heinz Fischer as well as nearly 5,000 Muslims and Austrians attended the reception which took place in the garden of the Vienna Mosque. 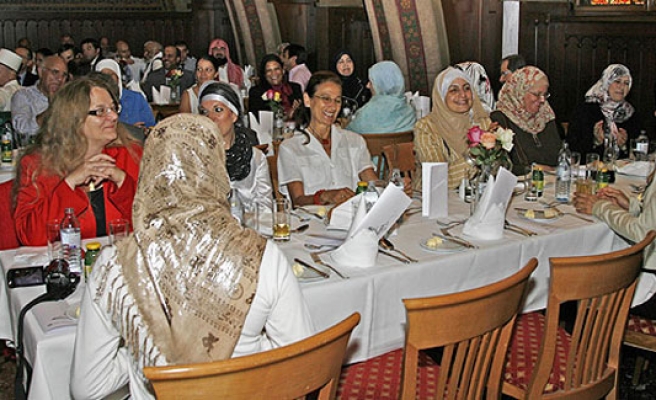 Austria Islamic community hosted a reception in Vienna on the occasion of Feast of Ramadan on Sunday.

Austrian President Heinz Fischer as well as nearly 5,000 Muslims and Austrians attended the reception which took place in the garden of the Vienna Mosque.

Fischer recalled that he hosted a feast reception every year for Muslim community at Hofburg Palace, and he expressed pleasure that this year he was the guest of Muslim community.

Noting that Islam had always been a strong and meaningful religious community in Austria, Fischer said that they would celebrate the 100th anniversary of officially recognition of the Islamic religion in Austria next year. Fischer added that he would also attend that celebration.

People wake up early on the first day of the Ramadan Feast. They put on their best clothes which they buy specifically for the occasion. They eat a large breakfast which symbolizes the end of the fasting period, which Muslims observe during the preceding month of Ramadan.

The Ramadan Feast is also known as the Sugar Feast in Turkey, as people treat their guests to sweets and traditional desserts during the festival. It is a tradition to visit one's relatives, especially older ones, and kiss their hand as a sign of respect.

The Ramadan Feast is an official holiday that continues for three days in Turkey. Public offices, schools and most private businesses are closed during this period.