"[Al-Azhar] will not, under any circumstances, accept the Zionist occupation's control over Al-Aqsa," Ahmed al-Tayeb said in a statement. 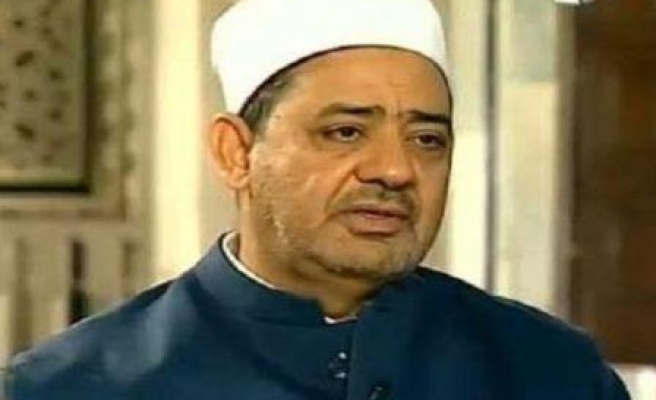 The grand imam of Egypt's Al-Azhar University said Thursday that Al-Azhar, one of the world's oldest Sunni-Muslim scholarly institutions, would not accept Israeli oversight of Jerusalem's Al-Aqsa Mosque.

"[Al-Azhar] will not, under any circumstances, accept the Zionist occupation's control over Al-Aqsa," Ahmed al-Tayeb said in a statement.

"These Zionist practices will impede peace all over the world," the grand imam added.

Al-Tayeb described recent proposals to establish Israeli control over the landmark mosque as a "blatant violation of Islamic sanctities." He called on Muslim countries, along with "free people of the world," to adopt a firm stance against the controversial proposal.

In a Tuesday session of the Knesset (Israel's parliament), which was boycotted by Arab MPs, lawmakers discussed a proposal by rightwing Israeli MP Moshe Feiglin to place the Al-Aqsa Mosque compound under Israeli oversight, thus nullifying Jordan's decades-old administrative responsibility for Islam's third holiest site, according to an Israeli news website.

The proposal ignited tensions with Jordan, whose parliament responded by voting unanimously on Wednesday to expel the Israeli ambassador in Amman. Jordanian MPs also threatened to withdraw confidence from the Jordanian government if the latter failed to implement the non-binding decision.

Since the 1950s, the Hashemite Kingdom has administered and overseen all Muslim and Christian religious sites in Al-Quds (occupied East Jerusalem).

A 1994 peace treaty between Amman and Tel Aviv recognized Jordan's "special supervisory role" over religious sites in the holy city.

Al-Quds was captured by Israel during the 1967 Middle East war. In 1980, the self-proclaimed Jewish state annexed the city in a move never recognized by the international community.

Palestinians want Al-Quds – home to the iconic Al-Aqsa Mosque – as the capital of their future state.

Israel deploys forces in Al-Quds ahead of weekly prayer

Israeli authorities on Friday deployed hundreds of soldiers in Al-Quds (occupied East Jerusalem) ahead of the weekly prayers at Al-Aqsa Mosque.Tension has been high in Al-Quds over plans by the Israeli Knesset (parliament) to hold a debate on imposing Israeli oversight on the holy sites in Al-Quds

Hundreds of army and police personnel were seen transported into the holy city, according to an Anadolu Agency reporter.

Barricades have been set up at the entrances of Al-Quds' Old City, with Israeli soldiers denying access to scores of Palestinian youths into the Al-Aqsa Mosque.

The Israeli army has imposed restrictions on the entry of Palestinian worshippers into the mosque, allowing only those over 50 into the worship place.

Tension has been high in Al-Quds over plans by the Israeli Knesset (parliament) to hold a debate on imposing Israeli oversight on the city's holy sites.