The Eid prayer was performed in mosques throughout Bosnia and Herzegovina, Serbia, Montenegro, Croatia, Slovenia, Kosovo, Albania and Macedonia this morning. 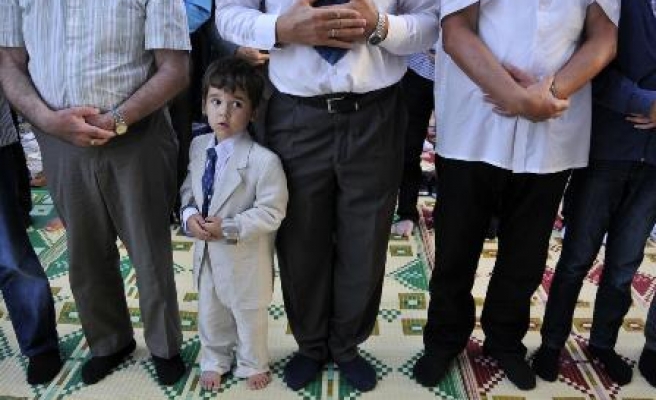 The Eid prayer was performed in mosques throughout Bosnia and Herzegovina, Serbia, Montenegro, Croatia, Slovenia, Kosovo, Albania and Macedonia this morning.

The prayer sermon for those present in the mosque was delivered by grand muftis of the Islamic communities in the countries.

Bosnian mufti Husein Kavazovic emphasized the upcoming census in Bosnia, the first after the war.

'The forthcoming census is an important task to us and obligation to our homeland,’ he said.

The Bosnian mufti also condemned the events in the Middle East and expressed mourning for the suffering:

"It is shameful that the Muslims are being killed in Egypt and Syria. These are crimes we strongly condemn. Suffering of our brothers and sisters in these countries has to stop."

Central speech at a mosque in Podgorica was delivered by mufti Ismail Dacić stressing that Muslims saw off the month of God and he wished to all Muslims to strengthen the faith.

A large number of Muslims attended the Eid prayers in Belgrade and cities throughout Serbia - Nis, Sabac, Kragujevac, Subotica and Novi Sad.

The central ceremony of prayers of Muslims of Kosovo was performed at the Fatih Sultan Mehmet Mosque in Pristina and the Macedonian Muslims at the Mustafa Pasha Mosque in Skopje.

In Croatia, the central ceremonies took place in Zagreb and a new Islamic center in Rijeka.

The Eid prayer is the central prayer performed by the men on first day of month Shawwal, immediately after the end of the holy month of Ramadan.