People from all walks of life gather to commemorate International Holocaust Remembrance Day and reflect on their own personal losses. 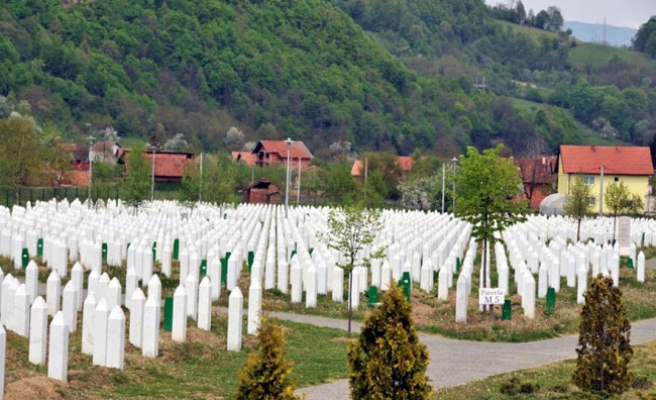 People from all walks of life gathered around the Balkans Monday to commemorate International Holocaust Remembrance Day and reflect on their own personal losses.
Thousands gathered in front of Bosnia's Cathedral of the Sacred Heart to raise placards emblazoned with slogans such as "Nationalism kills," written in Bosnian, Serbian and Croatian.

In 1995, some 8,000 Muslim Bosniak men and boys were killed in Srebrenica when Serb forces overran the Bosnian town. The incident has become known as Europe's worst massacre since World War II.

Edvin Kanka Cudic - a Coordinator for Social Research and Communications - said in a statement Monday that although the day commemorates those that died in the Holocaust, Bosnian genocide is proof that mankind did not learn from history.

In the Serbian capital, Belgrade, Serbian President Tomislav Nikolic told members of the capital's Jewish community that a main cause of the Holocaust was "national socialism."

The "ideology was a monster," he said to those gathered on the grounds of a former World War II concentration camp. "Because it implied the complete destruction of the Jewish people and the method to achieving the goal was designed to the smallest details."

He reminded those present that outside of the millions of Jews who died, 16 percent of the Serbian population lost their lives in the World War II occupation of Yugoslavia.

In the Croatian capital Zagreb, Prime MInister Zoran Milanovic told dignitaries gathered at a ceremony - including those from both Catholic and Muslim religions - that the Holocaust was "the worst thing that happened in the history of mankind."

How about the same Jews now commiting the same crime today. No one talks about Jewish crimes in Palestinian people.