A central mosque in Bangui has become a safe haven for several hundreds of Muslims fleeing attacks by Christian mobs. 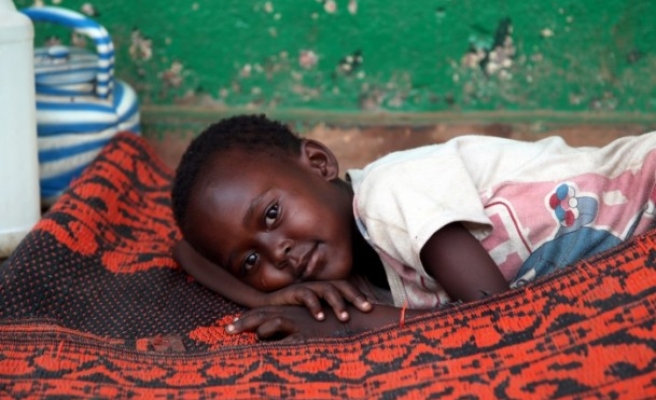 World Bulletin / News Desk
A central mosque in Kilometer 5, a predominantly Muslim district of Bangui, capital of the Central African Republic (CAR), has become a safe haven for several hundreds of Muslims fleeing attacks by Christian mobs and anti-balaka militiamen.

Muslims have been targeted with increasing frequency since Samba-Panza came to office in January. Two Muslims were lynched by a mob of angry Christians in Bangui before the Rwandan contingent of African peacekeeping force MISCA intervened to save others from similar fates.

Outside the mosque, trucks loaded with household goods wait to set out for Chad and Cameroon – both favored destinations for CAR's fleeing Muslims.

Since December 2013, the UNHCR alone has registered over 50,000 CAR citizens who had been forced to flee the country.