Latvia's foreign minister Edgar Rinkevics said that the treatment of Crimean Tatars by Russian authorities in the peninsula is "in essence ethnic cleansing." 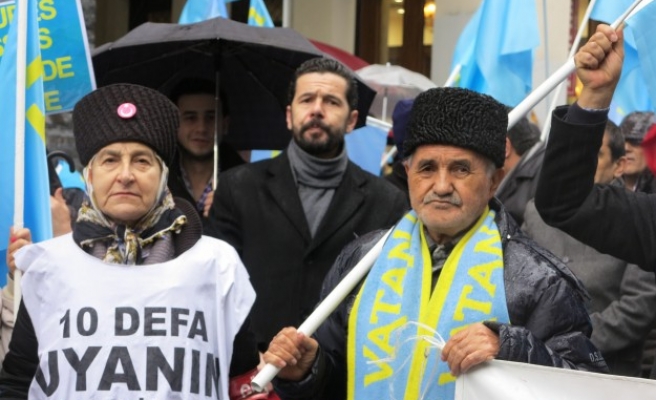 Russian authorities in the annexed peninsula of Crimea have requested to inspect the funds of Crimean Tatar and Turkish departments of the Crimean Engineering and Pedagogical University for banned literature.

The inspect is part of an ongoing region-wide operation targeting Crimean Tatar Muslims in search of a number of Islamic religious books that under Ukrainian law were legal but were later outlawed by the Russian authorities after the annexation of Crimea.

The Federal List of Extremist Materials was compiled by the Russian Ministry of Justice on July 14, 2007 and contained 1,058 items as of December 25, 2011. Producing, storing or distributing the materials on the list is an offense in Russia.

According to Qirim News Agency, Latvia's foreign minister Edgar Rinkevics accused Russia of gross human rights abuses in Crimea, adding that the treatment of Crimean Tatars by Russian authorities in the peninsula is "in essence ethnic cleansing."

“It is the lack of decisive action on the part of organizations such as the OSCE and the Council of Europe that is evident here. We must not forget about this particular problem,” said Rinkevics in a statement, referring to recent cases of searches in Muslims homes all over Crimea.