Bosnian Muslims will perform the prayer in Kaunas near the stadium where the football game will be played. 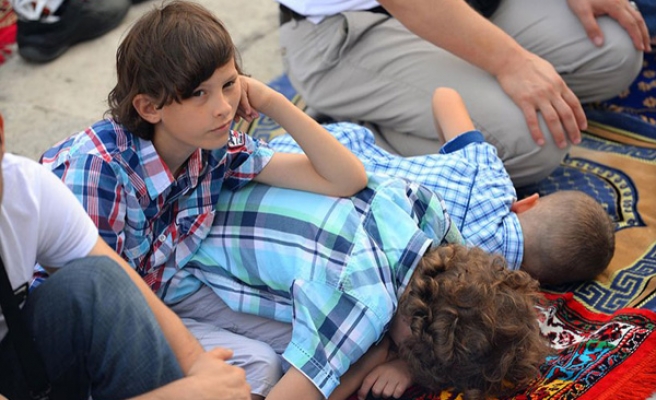 Expected is the arrival of nearly 10,000 Bosnians to Lithuania who will support the national team for the qualification for the WC.

The mosque in the Lithuanian capital Vilnius can accommodate about 200 people. Masjid in Kaunas has the same capacity.

Due to the large number of visitors, the Islamic Community in Bosnia and Herzegovina has rented two halls in which Bosnian Muslims will perform Eid prayer on the day of the game.

"The Office for the Bosniak diaspora of the Islamic Community in Bosnia and Herzegovina has rented two halls in Kaunas and Vilnius, where thousands of fans will perform the Eid prayer. In the history of Lithuania It will be the largest number of believers who will gather on the occassion of the Islamic holiday," said Mirza Seferovic, the only BH citizen with permanent residence in Lithuania, adding that the rented hall in Kaunas is located near the stadium where the game will be played.

Four imams from Sweden and Bosnia will come to Lithuania. The usual sermon, which is a part of the prayer, they will hold in Bosnian language.

"In Lithuania, this will be the first time to hear the Eid sermon in Bosnian language. At the mosque in Kaunas and Majlis in Vilnius the Eid sermons are usually held in Russian language," added Seferovic.

The organizers of this event point out that they expect to see some players of Bosnian football team at the morning prayer in Kaunas. They hope that this holiday will be the day of the placement of the Bosnian team to the WC in Brazil.

About 5,000 Muslims live in this country.

Eid is a Muslim holiday, which is celebrated twice a year. It takes three to four days and it officially starts by morning prayer on the first day.