Minarets of mosques are decorated with green star-crescent flags representing the Ottoman Empire, while bakeries are selling Ramadan pita. 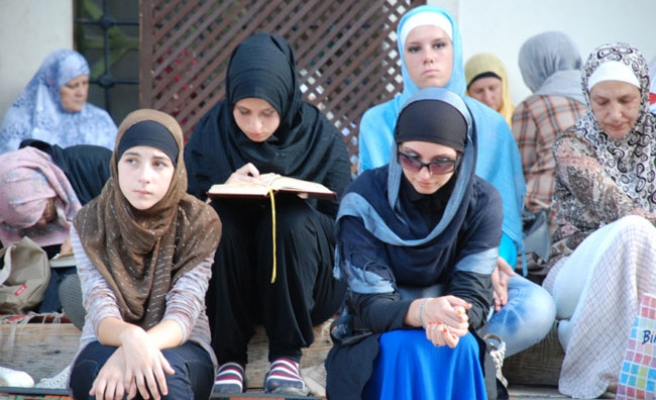 The holy month of Ramadan is being celebrated in Bosnia-Herzegovina.

Bosnia-Herzegovina, which was ruled by Ottoman Empire nearly for 500 years, reflects the traces of Turkish culture on every corner of the country.

Bosniacs consider carrying on traditions and customs of Turks as a "pacta sunt servanda" during the Ramadan month.

Minarets of mosques are decorated with green star-crescent flags representing the Ottoman Empire, while bakeries are selling Ramadan pita.

"Artillery shooting" followed by prayer, which shows the fast-breaking time, is made in Zuta Tabya, an Ottoman work of art in Kovaci Cemetery.

Ramadan month is being celebrated in Mostar, Travnik, Gorazde, Tuzla, Zenica and Bihac cities of Bosnia too.

Ramadan is the Islamic month of fasting during which Muslims refrain from eating, drinking and other physical needs during the daylight hours.

Believed to be a time to purify the soul, refocus attention on God, and practice self-sacrifice; Ramadan is intended to teach people about patience, spirituality and humility.