Many Brazilians have found Islam after meeting members of Mission Da`wah from the British Islamic Education and Research Academy, who have gone to Brazil to explain the teachings of Islam. 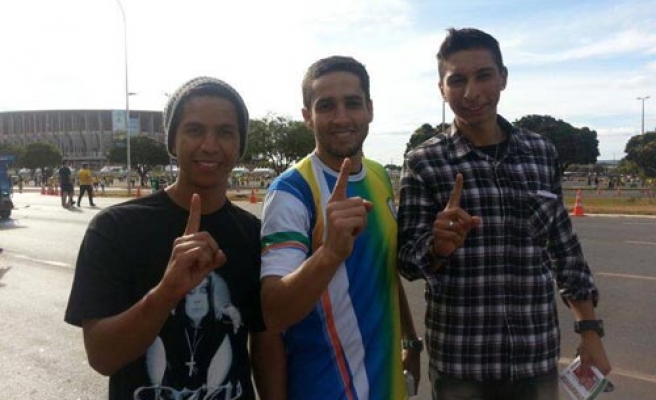 As the World Cup tournament goes on, many Brazilians converted to Islam increasing the population of Muslims in Brazil.

Choosing to accept the message of the world’s fastest growing faith after meeting with da`wah teams in the land of samba, a growing number of Brazilians have answered the call to Islam.

“In Sao Paulo, Cesar, who was very interested in Islam had been coming to speak to us at the dawah table every day during the world cup,” Mission Da`wah from the British Islamic Education and Research Academy wrote on their Facebook page. “Cesar then took that decision to embrace Islam, to be one who submits himself to God, to be Muslim.”

Another couple of Brazilians took the Shahada on Sunday after meeting the IERA team.

“We are at house of the revert couple who took Shahada with us yesterday,” another post on the Mission Dawah Facebook page said on Monday, June 23.

“They invited us to watch the Brazil vs Cameroon match. May Allah make it easy for them. “

Brazil’s Federation of Muslim Associations in Brazil (Fambras) launched a campaign, called Salam Brazil, to spread the word of Islam during the World Cup. They announced that two Brazilians have accepted Islam.

I've always had a respect for Islam. Beautiful religion. Welcome to Brazil :-)