UKIP politician Gerard Batten called on Muslims to sign a charter written in 2006, which includes accepting the need to "re-examine and address the meaning and application of certain Islamic texts and doctrines." 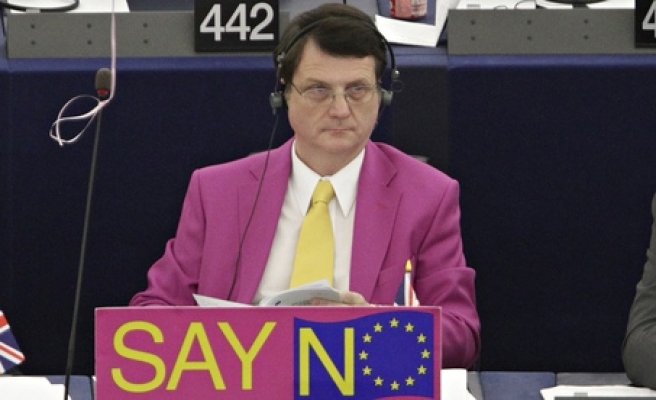 Gerard Batten, a senior politician for the United Kingdom Independence Party (UKIP) and Member of the European Parliament, has shocked many people from all walks of life up and down Britain by calling for measures to make British Muslims sign a code of conduct agreement to ''reject violence'' and accept the need to "re-examine and address the meaning and application of certain Islamic texts and doctrines".

The charter proposed by Batten was reportedly written up in 2006. After the charter was revealed, Batten told reporters on Tuesday "I don't suppose the pope would disagree with it or the archbishop of Canterbury or anybody else. So why should they feel aggrieved that they might be asked to sign? They don't have to. If they don't believe in those five points, they don't have to sign it."

Wen asked why Muslims had been singled out and not the followers of other faiths, Batten replied, "Christians aren't blowing people up at the moment, are they? Are there any bombs going off round the world claimed by Christian organisations? I don't think so."

An unapologetic Batten later said in a statement to the Guardian, "Moderate Muslims have to decide which side of the argument they are on."

"It is amusing that the Guardian equates being opposed to extremism and jihadism as 'overlapping with the far right'. So are leftwing liberals in favour of jihad? If not, do they overlap too?" he added.

While both Muslim and non-Muslim politicians have already began criticizing Batten and calling on the UKIP to discipline him, the UKIP is yet to make a statement regarding the comments.

Batten was cleared to represent London as an MEP candidate in the upcoming May elections after he passed a round of psychometric testing to make sure his views were acceptable.