Around half of China's 20 million Muslims live in Ningxia, where the people identify their ethnic group as Hui, a recognized minority in China. 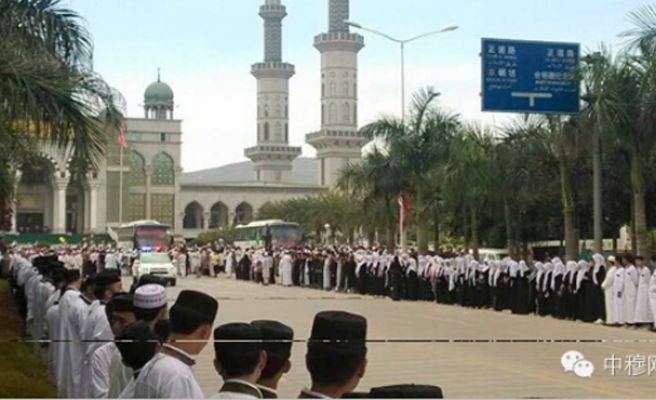 The first ever convoy of Chinese Muslims going to perform the Hajj pilgrimage in the holy city of Mecca left from the autonomous region Ningxia on Friday morning.

The first plane to leave the region was carrying 297 pilgrims out of a total of 14,000 who plan to embark on the spiritual journey from China this year.

The organization of this year's Hajj pilgrimage from China was undertaken by both the central government and local governments in cooperation with private travel agencies, Turkish news portal Dunya Bulteni reported.

Speaking to the local media, some of the pilgrims expressed their happiness to be part of the convoy, noting that their parents had not been able to perform the pilgrimage because of tight restrictions on religion in the Communist country.

Around half of China's 20 million Muslims live in Ningxia, where the people identify their ethnic group as Hui, a recognized minority in China.

Unlike the Uighur Muslims in the autonomous region of Xinjiang, otherwise known as East Turkestan, where the Muslims are largely of a Turkic ethnic background, the Hui population are a Sinitic race that accepted Islam.