A far-right British group has established 'Christian Patrols' in London in a bid to provoke the Muslim community. 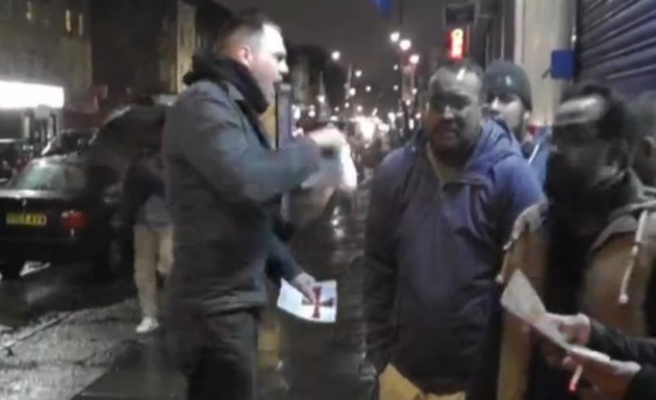 Members of a far-right group in the UK called Britain First have set up so called 'Christian Patrols' in east London in protests against Muslims in the area.

Group member Paul Golding, who is a former senior member of the British Nationalist Party, has declared the group's intention to continue drinking beer in front of the East London Mosque in an attempt to provoke Muslims.

“This is going to be a regular thing. We’re going to be out there every weekend to draw out these Muslim Patrols,” he said.

The group has published their first video on YouTube, showing them handing out leaflets and unfurling banners with the word 'resistance' written on it outside the mosque.