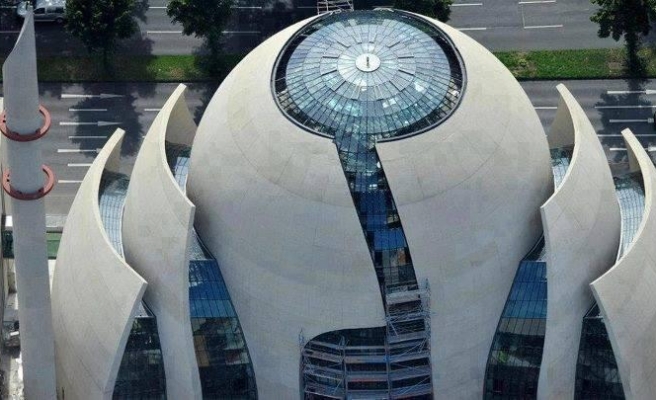 World Bulletin / News Desk
The Central Mosque in Cologne has been attacked for the third consecutive time since Sunday.
In a written statement, the Religious Affairs Turkish Islamic Association said the assailant slammed a car into the door of the central mosque and tried to torch it throwing combustible material at the door of the conference hall of the mosque.

The statement said that mosques in Hurth and Wesseling were also attacked on Sunday.

The association severely condemned the attacks and commented that damage was inflicted to the building but their sole consolation was that there was no resulting loss of life.

The association thanked vigilant eyewitnesses and Cologne-Ehrenfeld police who have apprehended a suspect within a short period of time.

Greens Party MP and party’s Interior Policy Spokesman Volker Beck described it as a "shocking attack on democracy and freedom and said the one who torches worship places would not hesitate to kill people".

Beck said that "solidarity must be observed within the Religious Affairs Turkish Islamic Association regardless of political and religious differences" and said that "all democrats should stand against this provocative attack on Islam. Muslims in Germany should know that we are with them to defend religious freedom."
Last Mod: 04 Şubat 2014, 17:08
Add Comment