Muslims in the Crimean capital of Akmescit (Simferopol) performed the Eid holiday prayer at a gymnasium due to crowds exceeding the mosque’s capacity. 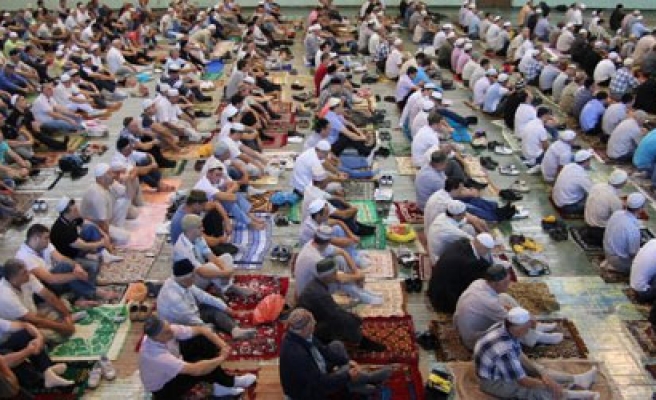 Muslims in Ukraine gathered together for the Eid prayer at the capital of the Autonomous Republic of Crimea, Akmescit (Simferopol).

Since the crowd exceeded the capacity of the 500 year old Kebir Mosque, the prayer was held at a gymnasium.

Over 500 people attended, bringing their own prayer rugs.

The Eid prayer was led by Mufti of Crimea Emirali Ablayev.

Muslims socialized with one another after the prayer.

Muslims constitute 13 percent of the population of Crimea.

Since Eid is not recognized as an official holiday, Crimean Muslims were not entirely able to celebrate their three-day holiday. Muslims desire to have Eid recognized as a public holiday such as those belonging to the Christian faith.