The Danish Ministry of Food, Agriculture and Fisheries passes new slaughter law forbidding the slaughter of animals before being anesthetized. 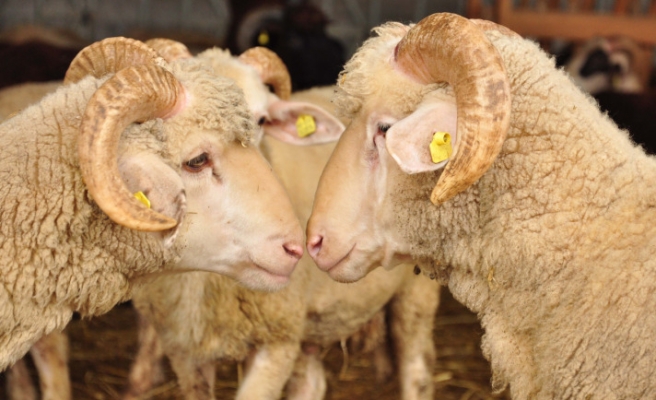 Denmark passed a new law forbidding animal slaughter of live or non-anesthetized animals, frustrating Muslims and Jews in Denmark because of their contrary religious practices.

Muslims and Jews see the new law as the "ban on halal food," and therefore, interference into the freedom of religion. 'Danish Halal' a body representing 53 Muslim organizations including the Islamic Community in Denmark started a petition against the law, and expects to garner some 20,000 signatures against the introduction of the law.

The Jewish Society in Denmark also reacted to the new regulation, which they say is politically motivated and a decision based on anti-minority sentiments.

Monday’s law entered into force following the killing of a healthy 18-month giraffe in Copenhagen zoo despite worldwide protests and condemnation. The giraffe was declared inappropriate for breeding purposes because his genes were deemed "too common."

Jorgensen explained that slaughter is not normally conducted without anesthetizing in Denmark and the new law only legalized the ongoing practice, stressing that such a law is also in force in Sweden and Norway and has no interference in religion.

In late 2013, a draft law was first proposed in Denmark after a 2012 mandate that legalizes slaughter according to religious practices. The then-Danish food minister, Karen Haekkerup, became Justice Minister in 2013 and introduced the draft law which Jorgensen continued to work on.

Is Denmark a Free nation?

It is not a minority of the danish population who wish to be good to animals. We have always worked for better conditions for animals. It is our Danish culture to make sure our animals do not suffer needlesly. All what we have worked hundreds of years for was taken away when politicians allowed hallal. We do not want it in our country. Animals are not without value to the danish people.