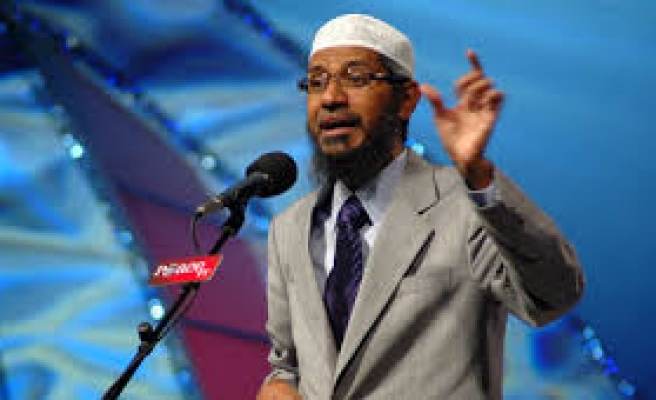 Dr Naik, an Indian debater who heads the Dubai-based Peace TV, made the comments during a packed late-night Ramadan Forum at the Dubai World Trade Centre, attended by thousands of residents on Thursday night.

Dr Naik, 47, said the Quran revealed accurate details about aspects of embryology, oceanology, astronomy and other scientific disciplines over 1,400 years ago.

His latest presentation for the annual forum was titled ‘Quran and Modern Science – Compatible or Incompatible?’

“For any book to claim it is from God, it must stand the test of time. Today’s the age of science and technology, so let’s analyse if Quran and science are compatible.”

Quoting various verses, Dr Naik, who trained as a medical doctor prior to his public speaking career, said the Quran rightly describes how the primordial human comes to be and develops over time. He noted descriptions of a “leech-like” life-form “clinging to a secure place” – the embryo attaching itself to the uterine wall.

“It not only looks like a leech at this stage, but behaves like one too – a bloodsucker – that takes it supply from the placenta,” Dr Naik said.

Dr Naik is also the founder and president of the Islamic Research Foundation, a non-profit organisation based in India. He has authored a number of publications on Islam and comparative religion.

Naik is no "Islamic scholar" as you ignorantly indited. He lacks Islamic scholarly credentials necessary, plus he admits he is not a scholar (see: http://www.peacetvurdu.org/faq/faq5_26.html and http://youtu.be/9MegOtR_mZ0?t=1h35m24s). Also, he's made MANY errors which are unaccapable and which real scholars wouldn't make.