Dutch space firm responds to fatwa against living on Mars

The General Authority of Islamic Affairs and Endowment in the United Arab Emirates (UAE) had issued an fatwa (Islamic ruling) prohibiting Muslims from volunteering to live the rest of their lives on Mars. 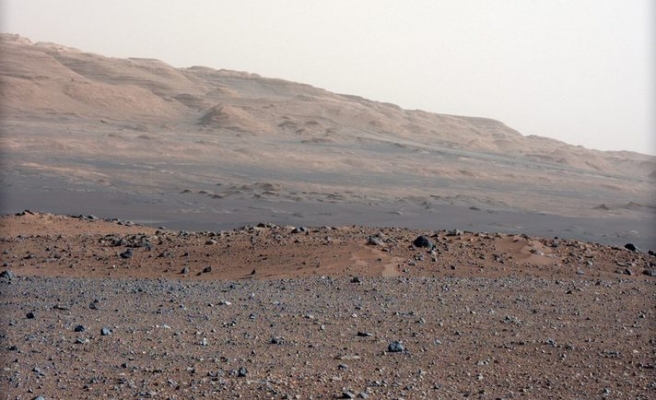 Mars One, a Dutch company that is planning to create a permanent human settlement on the planet Mars in 2023, has responded to criticisms in a religious ruling offered by Muslim scholars forbidding Muslims from participating in the project.

The General Authority of Islamic Affairs and Endowment in the United Arab Emirates (UAE) had issued an fatwa (Islamic ruling) prohibiting Muslims from volunteering to live the rest of their lives on Mars.

“Such a one-way journey poses a real risk to life, and that can never be justified in Islam,” the committee said, adding “There is a possibility that an individual who travels to planet Mars may not be able to remain alive there, and is more vulnerable to death.”

However, Mars One replied to this quoting a verse from the Qur'an in a statement to the Telegraph: “The verse from the Quran ['and among His Signs is the creation of the heavens and the earth, and the variations in your languages and your colors: verily in that are Signs for those who know (Quran 30: 22)'] encourages Muslims to go out and see the signs of God’s creation in the 'heavens and the earth'.”

Saying that the Muslim world has a rich tradition of exploration, Mars One gave the example of the Moroccan Muslim traveler Ibn Battuta “who from 1325 to 1355 travelled 73,000 miles, visiting the equivalent of 44 modern countries.”

“Space exploration, just like Earth exploration, will come with risks and rewards. It may seem extremely dangerous to send humans to Mars today, but the humans will be preceded by at least eight cargo missions,” the organization said.

“Robotic unmanned vehicles will prepare the habitable settlement. Water and a breathable atmosphere will be produced inside the habitat and the settlement will be operational for two years, even before the first crew leaves Earth.

“If we may be so bold: the General Authority of Islamic Affairs and Endowment (GAIAE) should not analyze the risk as they perceive it today. The GAIAE should assess the potential risk for humans as if an unmanned habitable outpost is ready and waiting on Mars. Any progress requires taking risks, but in this case the reward is "the next giant leap for mankind". That reward is certainly worth the risks involved in this mission.”

It added: “Mars One respectfully requests GAIAE to cancel the Fatwa and make the greatest Rihla, or journey, of all times open for Muslims, too.

“They can be the first Muslims to witness the signs of God’s creation in heaven, drawing upon the rich culture of travel and exploration of early Islam.

Many Muslims including some 500 Saudi Arabians and other Arabs are reported to be among the thousands of volunteer applicants worldwide to participate in the Dutch-sponsored one-way trip to the Red Planet, according to UAE's Khaleej Times, after the $6 billion project was announced in April 2013.

The passengers may hijack the rocket and crash it into a building.

I hope all Arab rulers will valenteer especialy those in the gulf area.

Muslim Don't need to pay attention to Fake Scholars. These Fake Scholars are part of the problem along side the puppet regimes. These Retro-grade fatwas had no place in Islam. Muslim are supposed to be pioneers in exploration and seeking the signs of Allah SWT. Allah SWT encourages mankind in the quran to travel in the regions of space but warns us that power would be needed inorder to do so i.e. referring to fuel power.