The Religious Endowments Ministry is planning to ban weekly prayers at small mosques as of October 1. The move comes as part of a government crackdown on "unlicensed" mosque preachers and imams 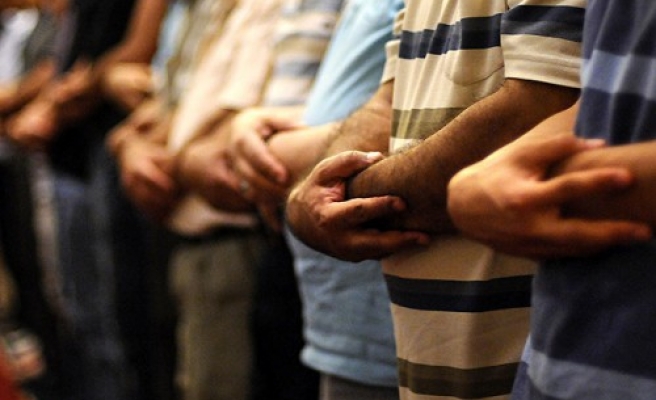 Minister of Religious Endowments (awqaf) Mohamed Mokhtar has called on Egyptians to perform weekly Friday prayers at large mosques instead of small ones, saying the decision pertained to "national security."

"I call on worshippers to perform Friday prayers at big mosques in order to ascertain that their prayers are valid," Mokhtar told reporters on Wednesday.

The minister said that Egypt's large number of small mosques "poses a threat to social harmony."

The Religious Endowments Ministry is planning to ban weekly prayers at small mosques as of October 1. The move comes as part of a government crackdown on "unlicensed" mosque preachers and imams.

The ministry had earlier decided to nullify work contracts with as many as 45,000 imams who were not graduates of Egypt's Al-Azhar, traditionally considered the highest seat of religious learning in the Sunni-Muslim world.

A small mosque, or 'Zawya' in Arabic, is a small prayer house usually built on a building's ground floor. Most Zawyas are no larger than 80 square meters.

According to the ministry decision, Zawyas smaller than 80 square meters will be banned from hosting Friday prayers – unless they are located a considerable distance from a major mosque.

Around 100,000 mosques countrywide are registered with the Religious Endowments Ministry, yet there are only some 60,000 registered imams and preachers.

The ministry hopes to ensure that preachers do not use their sermons to discuss political issues.

The ministry currently pays around 70 million Egyptian pounds (roughly $10 million) every year for the salaries of preachers who are not Al-Azhar graduates.

Mokhtar said the ministry was planning to draft a new law criminalizing attacks on preachers.

"Preaching has lost much ground in the past two years; we are serious about restoring mosques' sanctity and respect," Mokhtar said.

He added that the proposed law would criminalize assaults on preachers.

"Preachers, meanwhile, should not involve themselves in politics," he said.

Mokhtar went on to denounce an attack on former Egyptian Grand Mufti Ali Gomaa on Sunday by Cairo University students who criticized the ex-mufti for backing the July 3 ouster of elected President Mohamed Morsi.

Those muslims are clearly islamophobes. [sarc. off]