Anti-government Muslims in Ethiopia called for mass demonstrations to protest the arrests of 28 people on terror charges. 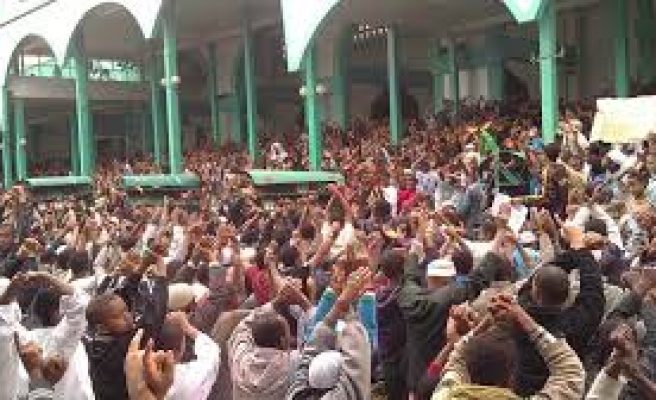 Anti-government Muslims in Ethiopia on Monday called for mass demonstrations to be held on the religious day of Eid al-Fitr later this week to protest the arrests of 28 people on terror charges.

The calls followed a weekend of violence in which three people were killed after security forces clashed with what police labeled Muslim "extremists."

Hundreds of people held rallies near mosques in the capital, Addis Ababa, and some regional towns on Friday and Saturday.

The state news agency said all three killed were police officers and that 11 people were injured during the hours-long unrest. Muslim leaders, however, said that police stormed a peaceful protest and killed about a dozen people.

Some in Ethiopia's Muslim community have been protesting alleged government interference in religious affairs for about two years.

The Muslim protesters accuse the government of unconstitutionally encouraging a moderate teaching of Islam called Al-Ahbash.

Instead of demonstrations, the arrested persons should defend theemselves in the court of law.