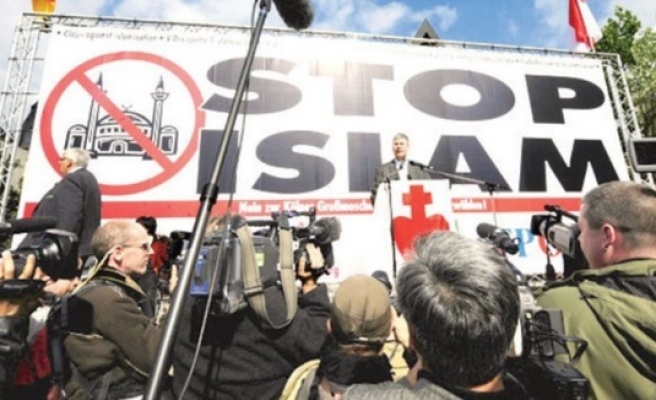 Islam should be legally recognized in all European countries to end hostility against Muslims, a religious affairs leader has said.

Sanac said: "We demand the same rights offered to Jews, Catholics, Protestants and the Buddhist communities."

"It is not fear of Islam in Europe; it is hostility to Islam"

Claiming that the term “Islamophobia” was not being used correctly, Sanac said: "A phobia is a fear of someone. However, it is not fear of Islam in Europe; it is hostility to Islam."

He pointed to the significance of education in dealing with hate crimes and said students should be trained on love, respect and tolerance to end hostility to Islam.

Tarafa Baghajati, chairman of the Austrian Muslim Initiative, also said Islam should be legally recognized adding that the headscarf issue was affecting employment for Muslim women.

Baghajati said prejudice against Muslims was also reflected in them not being allowed to build minarets in some states, describing the practice as an indirect form of discrimination.

Baghajati also touched on what he described as “increasing attacks” against Muslims on social media like Twitter, Facebook and YouTube. He said it was difficult to record every hate crime against Muslims as many authorities did not accept most incidents as 'hate crimes'.

"Concrete steps should be taken to stop hate crimes against Muslims"

He said the mainstream media and social media played in key role in spreading such anti-Islam statements.

Ercan Karaduman of the Union of European Turkish Democrats said Austria was the only European country which had Islamic legislation but added that it lacked the necessary laws to forbid hate crimes against Muslims.

"Some concrete steps should be taken including the legislative regulation in order to bring an end to such hate crimes," he added.

It is the fear of Islam and its ideology that creates hostility towards it. Islam's infiltration throughout Europe and will eventually result in Islam ruling Europe.

No, they should NOT!