"Archbishop Marino was advised to be mindful of the religious sensitivities of the host country and that the issue he commented on is still under the Court of Appeal," the foreign ministry said in a statement. 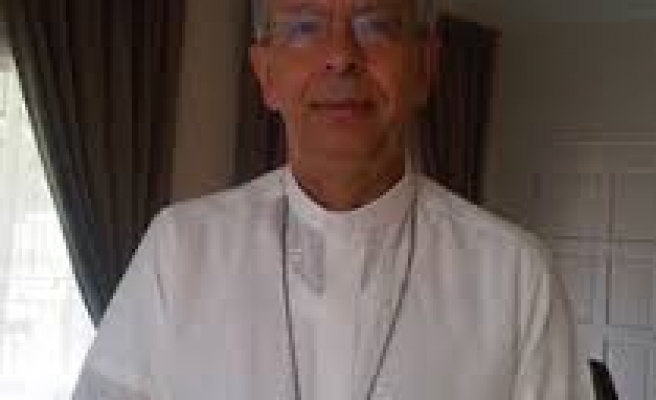 The Vatican's first envoy to Malaysia has opened a storm of controversy by apparently supporting the use of the word "Allah" by Christians, prompting a rebuke from the government and condemnation from nationalist Malay groups in the majority-Muslim country.

The row underlines growing intolerance in the multi-ethnic, multi-religious country following an election in May that deepened the divide between majority Muslim Malays and minority ethnic Chinese, many of whom are Christian.

Archbishop Joseph Marino was summoned to the foreign ministry on Tuesday after his comments last week on the issue.

"Archbishop Marino was advised to be mindful of the religious sensitivities of the host country and that the issue he commented on is still under the Court of Appeal," the foreign ministry said in a statement.

Marino, who arrived in the country in April, apologised for any "misunderstandings and inconveniences" his comments may have caused, but some Muslim organisations have demanded a full retraction or the envoy's expulsion.

"The ambassador's comment has touched on the sensitivities of Muslims and should not have happened, more so in the (fasting) month of Ramadan," Hassan Ali, the head of JATI, an Islamic group, was quoted as saying by national news agency Bernama.

In his first media interview since starting his new role, Marino said last week he supported the arguments made by the Christian Federation of Malaysia on why Christians should be allowed to use Allah.

"In terms of how they presented the arguments in favour, it seems to be quite logical and acceptable," he said.

A Catholic newspaper, the Herald, successfully challenged the government's ban on the use of the word Allah by Christians in 2009. The government, which argued that the use of the Arabic word might offend the sensitivities of Muslims, is planning to appeal the High Court decision.

Scholars say Christians in Malaysia's two states on Borneo island have been using Allah to mean God for over 100 years, mainly as they use Indonesian translations of the Bible.

Muslims, who make up about 60 percent of Malaysia's 28 million population, see using the word Allah in Christian publications, including Bibles, as attempts to proselytise.

On Tuesday, the chief minister of Kedah state, Mukhriz Mahathir, said the state government would not allow the word Allah to be used by non-Muslims in their holy books.

"We cannot accept their excuses because hidden behind those excuses is the aim of turning Muslims into disbelievers of the religion," Bernama reported Mukhriz, a son of long-serving former prime minister Mahathir Mohamad, as saying.

Christians, including about 800,000 Catholics, make up about 9.1 percent of Malaysia's population. Malays are by definition Muslims and are not allowed to convert.