Groundbreaking ceremony of a mosque in Belgium 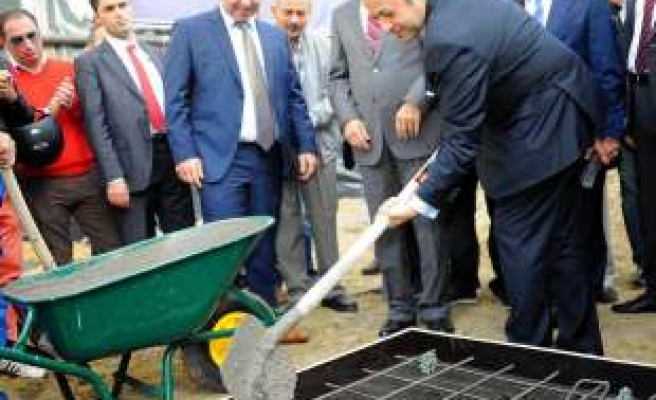 Turkish Minister of EU Affairs and the Chief Negotiator Egemen Bagis attended Thursday the groundbreaking ceremony of a mosque in Anvers province of Belgium.

Turkish minister pointed to the Islamophobia in Europe and demanded more efforts to extend tolerance across the world.

"We are the descendants of ancestors who lived in tolerance," he stressed adding that he expected respect to Islam from everyone.

Named 'Mehmet Akif', the mosque, with its capacity of 1,800 people, will include conference halls as well as study rooms and a dining hall.

"... pointed to the Islamophobia in Europe and demanded more ... tolerance across the world...he stressed adding that he expected respect to Islam from everyone..."What a joke!!!! Respect is EARNED - NEVER DEMANDED!!!! And the word is ISLAMONAUSEA' - not Islamophobia. Sane humans the world over are sick and tired of muslim behaviour and demands.WE demand muslims go back to their paradises

Muslims need to learn what "tolerance and respect" means first, before they demand it from others.. SMH