2.085 million Muslims completed the pilgrimage amid fears of epidemic threats posed by Ebola and MERS outbreaks. 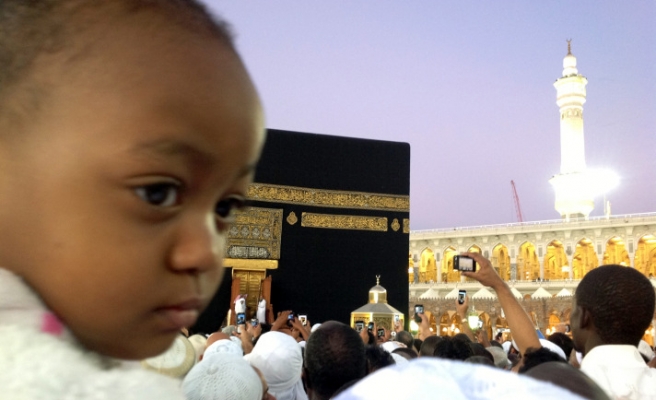 Saudi Arabia breathed a sign of relief on Monday as the huge annual Muslim hajj pilgrimage neared its close.

The kingdom said this year's tighter security and sanitary precautions had paid off, allowing 2.085 million pilgrims to visit Mecca and other holy sites in safety this year, just slightly higher than the 1.98 million pilgrims last year.

The hajj, a spiritual journey that draws Muslims from around the world, had been tinged with concerns about the Ebola epidemic and other threats, especially after Saudi Arabia joined a U.S.-led alliance against ISIL militants and participated in air strikes against targets in Syria.

The pilgrimage, which culminates in the three-day feast of Eid al-Adha, officially ends on Tuesday. Security has been much tighter than in previous years, with more checkpoints on roads to the holy sites and more special forces deployed there.

"Everything went as planned ... and security was at its best situation," said Saudi Interior Ministry spokesman General Mansour al-Turki.

Saudi Arabia enforced control this year by cracking down on domestic pilgrims traveling to holy sites without permits, Turki said. That helped keep the number of pilgrims well below the 3.2 million who packed Islam's holiest sites in 2012.

"We worked well on illegal pilgrims staying inside the kingdom, dealing with such illegal cases the number of pilgrims was reduced," Turki said.

In addition to cracking down on illegal travelers to the hajj, the kingdom's Health Ministry had to grapple with a potential threat of an outbreak of the deadly Ebola virus that has killed 3,300 people this year in West Africa.

In April, the kingdom barred pilgrims from Sierra Leone, Guinea and Liberia, the three countries worst hit by Ebola, from applying for hajj visas. More than 7,000 Muslims in those countries had applied, said the United Nations.

Health officials said there had been no confirmed cases at the hajj of Ebola or the Middle East Respiratory Syndrome (MERS), another deadly disease that is believed to be carried by camels.

Faqih said there were 170 suspected MERS Coronavirus cases among the pilgrims but test results were negative.

The health ministry had advised slaughterhouses, which usually experience a busy period during hajj when Muslims are required to sacrifice an animal and distribute its meat to the needy, on how to comply with health regulations.

"We have advised them not to slaughter camels this year because 3 percent of the virus cases are linked with camels," Tariq Ahmed Madani, a special MERS consultant to the Health Ministry, told Reuters.

As hajj drew to a close, pilgrims in the holy city of Mena began to shave their heads, the last step in performing the hajj in accordance with the teachings of the Prophet Mohammad.

Unlike in previous years when unlicensed barbers lined the streets, a government crackdown appears to have borne fruit.

"Safety is very important. That's why I made sure to go to a barber shop that uses disposable razors," said Arie Naufal, an Indonesian oil company employee. "As for the other virus, I won't wear a mask because it doesn't really help much.