Muslim clerics are becoming concerned about the number of pilgrims taking pictures of themselves during what is supposed to be a time of humility and tranquillity. 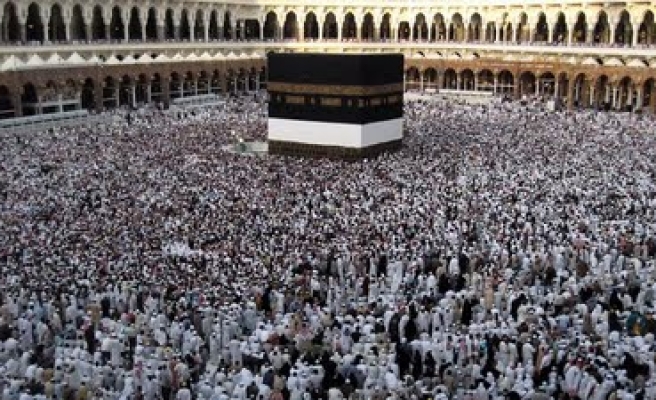 Many Muslim pilgrims at this year’s Hajj have been snapping photos of themselves while on pilgrimage to the holy sites of Islam is being greeted with disapproval by some clerics, it has been reported.

The Arab News site has reported some of the concerns raised by Muslim scholars about the selfie craze. Sheikh Assim al-Hakeem, based in Jeddah, said that the photos go against the spirit of Hajj:

“Photography without a legitimate reason is an issue of dispute among scholars. However, despite this difference of opinion, there shouldn’t be any dispute when it comes to the real meaning of Hajj and the essence behind it. It is based on sincerity and following the sunnah. The Prophet (peace be upon him) when he went for Hajj, he said: “O, Allah, I ask of you a pilgrimage that contains no boasting or showing off.”

"It is as though the only purpose of this trip is to take pictures and not worship," another, Abdul Razzaq Al-Badr, adds.

Zahra Mohammad, an Islamic studies teacher in Riyadh, agreed, and said the selfies were a form of bragging, she told the Arab News. “I have seen pilgrims in Masjid al-Haram taking selfies with the Kaaba in the background and this selfie is then posted on Facebook making it a social media event and ruining their act of ibadah by ‘humble-bragging’.”

But some think the chorus of disapproval - even a former grand mufti in Egypt has been critical - is unlikely to have an effect. "So many people have camera phones, it's not easy to stop," one pilgrim says.

Until relatively recently camera phones were not allowed to be taken inside the holy mosques, but the rules have been relaxed and so some say it will be hard to stop what has been described as “selfie fever.”