There are about 3 million Muslims living in the UK and by the year 2030, this number is expected to be 5.5 million people 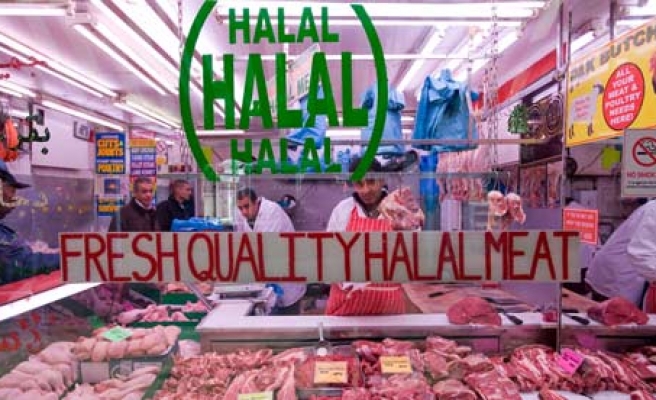 World's largest and the UK's first Halal Food Festival has opened its doors for visitors in British capital London on Friday.

As the Muslim community who resides in the United Kingdom increases with each passing day, a three day consumer food show dedicated to mainly halal foodies launched in ExCel, London's international exhibition and convention centre, with the attendance of more than 100 exhibitors from all over the world.

The opening ceremony of the festival was held by the founder of the Halal Food Festival Imran Kausar and Events Director Noman Khawaja where Kauser called halal foodies, "Haloodie". As the needs of the halal food consumers are enlarging and the number of people who prefer to eat halal food is increasing, Kauser said, their aim was to showcase the best of halal cuisine.

Kauser also added that the event would be an annual one and added, "the growing British Muslim middle-class have greater needs and demands from food producers, retailers and restaurateurs and command significant spending power." The festival aims to bring consumer and businesses together in a festival format.

Speaking to Anadolu Agency, Muayad Ali, the chef at London's popular "La Sophia" restarurant which offers delicious food from French and Mediterranean cuisine said, his butcher was in Westminister and that his customers were dining at the restaurant, feeling comfortable with what they put into their mouth.

Moreover, Anna MacDonald from Hampshire, the owner of the "Maki&Matcha" which serves sushi wraps told AA that even though sushi was making people think about fish, she said, they were only using halal chicken. She added that she was getting the chicken from her local butcher. As well as making vegetable sushi wraps, she said they make smoothies using only matcha which is fine powder green tea.

The festival offers cooking classes, chance to cook with UK's famous chefs and live cooking performances through out the weekend. Known as having Turkish roots, London Mayor Boris Johnson supports the festival as well.

There are about 3 million Muslims living in the UK and by the year 2030, this number is expected to be 5.5 million people.