Women in Turkey can now wear headscarves in government offices in Turkey after a long-standing ban has been lifted. 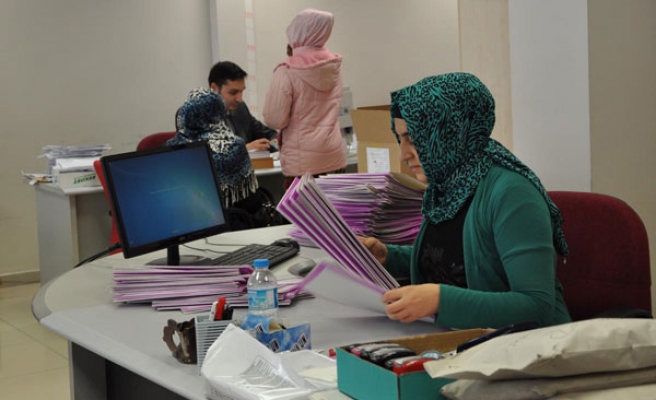 A regulation that allows civil servants to wear headscarves in government offices went into effect on Tuesday after being published in the official gazette.

Lifting the headscarf ban was among a series of reforms introduced through a democratization package by Prime Minister Recep Tayyip Erdogan on September 30.

According to the regulation, there are a few exceptions on civil servants.  The ban will remain in effect for judges, prosecutors, police and military personnel.

There will be also women candidates wearing headscarves in local elections, according to Erdogan.

Some critics describe the regulations as an example of the prime minister’s “secret Islamic agenda,” as Erdogan called the reforms "a historic moment, an important stage".

The recently announced package also included reforms such as lifting the requirement of the primary school oath, providing education in one's mother tongue in private schools; the restoration of original names of villages, districts and provinces; changes in the law on political parties.

"The Commission welcomes a growing consensus on this issue in Turkey. It is important that this consensus ensures the free choice of Turkish women, whatever their beliefs and opinions, free from pressures of any kind, including peer pressure," Peter Stano, a spokesman for EU Enlargement Commissioner Stefan Fule told Anadolu Agency.

Stano noted the different practices across Europe on this issue.

"There is no unified standard on the issue. The European Court of Human Rights has in the past ruled that the issue of headscarves is one for each member state of the Council of Europe to decide for itself, and this issue is therefore not commented upon by the European Comission in relation to compliance with the political criteria," he said.

The European Court of Human Rights has ruled on a case brought by a Muslim student of Istanbul university. The ruling upholds the law in Turkey that bans the wearing of headscarves in universities and public offices.

Leyla Sahin brought her case to the court in 1998 after being excluded from classes for wearing an Islamic headscarf. She contended that the ban discriminated against her and denied her right to an education.

The court ruled that Turkish law was consistent with the European Convention on Human Rights and with the protection of women's rights in general.

The ban was reasonable as a measure to help maintain Turkey as secular society, the court ruled. It argued: "When examining the question of the Islamic headscarf in the Turkish context, there had to be borne in mind the impact which wearing such a symbol, which was presented or perceived as a compulsory religious duty, may have on those who chose not to wear it."

ı think it is very right decision.thanks to prime minister.