How was the Hagia Sofia transformed into a museum?

Former Turkish prime minister Celal Bayar was told by his Greek counterpart that transforming the Hagia Sofia into a museum as a good-will gesture would convince nations into accepting Turkey into the Balkan pact. 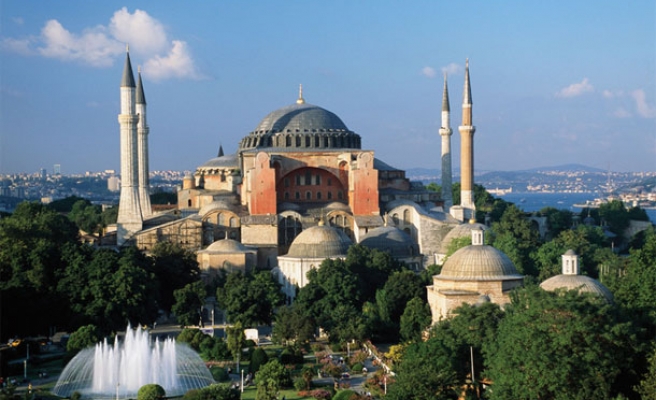 One of the most prestigious houses of worship in the Byzantine Empire, the Hagia Sofia, was transformed into a mosque after the Ottoman sultan Mehmet II conquered Istanbul. With the intention of maintaining the mosque, Sultan Mehmet II turned the Hagia Sofia into a foundation, and built a market, an inn, a public bath and shops in the area surrounding it to cover its expenses.

After serving as a mosque for 500 years, it was transformed into a museum in 1934. Celal Bayar's claims are some of the most important explanations as to why and how the Hagia Sofia became a museum. According to Celal Bayar, Turkey was in the process of forming a pact with the Balkan countries in order to ward off a threat from Italy. During this process, Celal Bayar visited Greece, only to be told by the Greek prime minister that turning the Hagia Sofia into a museum would convince the other nations to include Turkey in the pact. Celal Bayar passed on the Greek prime minister's message to the founder and first president of the Turkish Republic, Mustafa Kemal Ataturk, who responded by saying "The Director of Foundations was here just earlier. He said that he couldn't find the funds to renovate Hagia Sofia. It is currently in ruins, neglected and a dump. If we turn the Hagia Sofia into a museum, could we save it from decay? In doing the Greeks this favor, could we also save the Balkan pact? If we can, then we should do so."

In the same year, work began to transform the Hagia Sofia into a museum. In August 1934, a nine-member delegation headed by the General Manager of Museum in Istanbul, Aziz Ogan, starting working on the project. The delegation immediately decided to start placing Byzantine sarcophaguses and baptismal fonts from the Asar-I Atika museum and architectural pieces from various districts of Istanbul in Hagia Sofia’s garden, in addition to exhibiting carpets, lanterns, candlesticks and calligraphy works from the Turkish-Islamic Art museum in glass cabinets inside the Hagia Sofia. However, in letters that where later sent to and from the Turkish capital Ankara, the delegation decided to forgo this decision and instead agreed to only display the architectural pieces and gravestones found in the Hagia Sofia courtyard.

On November 24, 1934, a motion was passed by the Board of Ministers, officially declaring the Hagia Sofia as a museum, a decision which was going to become one of the most controversial subjects in Turkey for many decades afterwards. Two points of this motion have been the main focus of debates up until today, the first being over a matter of confusion regarding the numeration and date of the decree, as another decree was also issued two days before the official date. The second point is the signature on the decree.

The signature on the decree dated November 24, 1934 spells K.Ataturk. However, it is well-known that the founder of Turkey and first president had not yet adopted the surname Ataturk on that date, and was back then simply known as Gazi Mustafa Kemal. This has made many believe that Mustafa Kemal Ataturk’s signature was forged.

Regardless, the process of transforming the Hagia Sofia mosque into a museum proceeded quickly. In a protocol meeting between the Mayor of Istanbul, Foundations Director and Museums General Manager, the mosque was transferred from the Foundations department to the Museums department. On February 1, 1935, the Hagia Sofia was officially opened as a museum.