Iftar tents set up by Turkish foundations in Kosovo 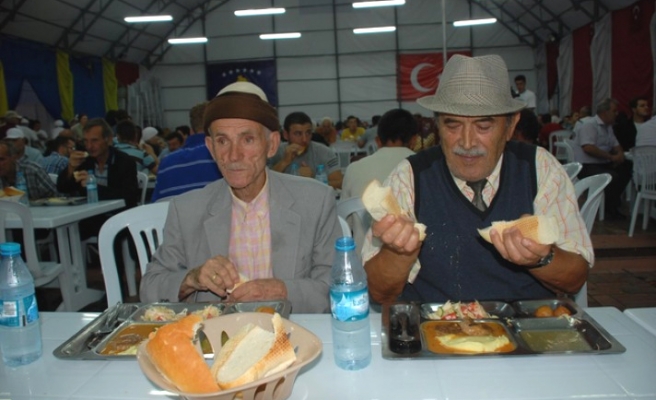 Fast-breaking tents, set up with contributions of Turkish municipalities, foundations and businessmen, have become a tradition in Kosovo as the Islam world is enjoying the holy month of Ramadan.

Diplomats, politicians, ministers, lawmakers and businessmen break their fasts together with local people in these tents.

Turkey's Inegol Municipality, Ankara's Mamak Municipality, and Ural Beton (concrete) Corporation are some of the Turkish contributors of fast-breaking tents.

Moreover, Turkish soldiers have established a fast-breaking tent in Prizren. This tent is being set up traditionally, since 1999 when Turkish battalion came to Kosovo within the scope of international peace force KFOR.