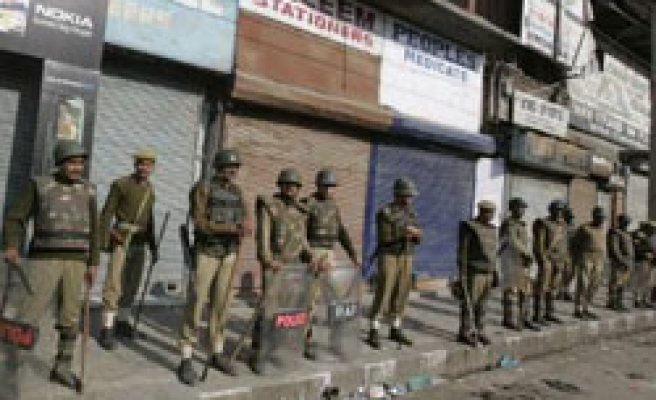 On a sultry evening in October 2006, plainclothes police officers knocked on the door of Noorul Huda, a stout, 23-year-old man of moderate height.

They asked him to accompany them to the local police station for "ten minutes."

But it took the young Muslim five years to return home.

Huda, along with eight others, was accused of planting bombs in the Muslim-majority textile town of Malegaon, some 300km north of Mumbai, on September 8, 2006.

At 1:45pm that day, four bombs exploded in and around India's largest Muslim cemetery during Friday prayers, killing 37 and wounding more than 300.

It was the first time in India's history that Muslims were specifically targeted on a mass scale by a bomb blast.

The state's Anti-Terrorist Squad (ATS) arrested nine Muslims, including Huda, in connection with the blasts.

"The investigating officers asked me why I wore a skullcap, sport a beard and pray five times a day," Huda told the Anadolu Agency.

"They asked me, 'Why can't you be like Bollywood star Salman Khan [known for his trademark t-shirt and jeans]?'" he recalled.

Huda was threatened that, if he did not cooperate in the investigation, his sisters would be "implicated" in the blasts.

He accuses police of taking him to Bangalore and "illegally" performing "narco" tests on him without judicial permission. In such tests, the subject is injected with a so-called "truth serum", a medication used to obtain information from a person who is unwilling to provide it otherwise.

Results of such tests, however, are not considered legally valid confessions.

Huda says he spent 48 days in police custody, during which he lost some 20kgs, before being transferred to Mumbai's Arthur Road Jail.

He insists that, apart from a confession he was "forced" to sign, the police had no evidence against him.

In December of that year, the ATS filed its voluminous charge-sheet with a special anti-terror court in Mumbai under controversial Maharashtra Control of Organized Crime Act (MCOCA) legislation.

Under MCOCA, a suspect's confession is enough to secure a conviction.

But after massive protests by local and civil rights activists who charged that the ATS investigation was biased against Muslims, the probe was transferred to India's premier investigating agency: the Central Bureau of Investigation (CBI).

The CBI endorsed the ATS' findings.

But the case took an interesting turn in 2010, when self-styled Hindu preacher Swami Aseemanand confessed in court that the actual perpetrators of the blasts had been Hindu extremists.

The case was soon transferred to the newly-formed National Investigation Agency (NIA), which made several fresh arrests of Hindu extremists.

In November 2011, the NIA submitted its report to the special anti-terror court, stating that it had not found any evidence implicating the original nine Muslim suspects, including Huda.

The long-suffering defendants were immediately released on bail.

Years on, Huda still shivers at the memory of the "torture" he accuses the investigating agencies of subjecting him to.

"Twelve officers, one by one, used to beat me, naked, on my knees and soles [of my feet] with batons and belts before I fell unconscious," he recounted.

Huda claims he was not provided with meals with which to break his fast during the Muslim holy month of Ramadan.

"They would rather bring food when I was fasting. I used to fast by drinking water for my pre-dawn meal," he said.

On the day of Eid (the Muslim festival that follows Ramadan), Huda said, senior ATS officers came to the jail in which he was being held.

"We must celebrate Eid with Noorul Huda," he quoted the top officer as telling his subordinates.

The officer distributed biscuits among them and then each one took his turn.

"They blindfolded me and kicked me in my private parts," he recalled painfully.

Although it has been two years since his release, Huda says the pain still has not left him.

"Until now, there is constant and recurring pain in my head. There are blood clots on my scalp because of the excessive torture," he lamented.

"I always keep painkillers in my pocket," he added, producing a strip of tablets.

The Anadolu Agency contacted the ATS for comment on the torture allegations.

"We don't comment on the 2006 Malegaon blasts case," an officer said by phone. "Our chief is out of the office for a meeting at the state assembly."

Prominent human rights activist Manisha Sethi was not surprised by the torture allegations.

"On the whole, in our country, torture is as endemic as impunity," she told the AA.

"While it is routinely employed by police, and largely condoned, it becomes even more acceptable when it is shown to be used in the service of national security," she added.

"Mumbai ATS in particular is known to favor torture as an investigative technique," the activist charged.

"Testimony from those who have emerged from their torture chambers show how their cruelty is not random, but thought out, calculated, clinical torture, which has resulted in the creation of torture infrastructure [consisting] of gases, oils, chairs, screwdrivers, insects and electrical gadgets inside padded cells," Sethi grimly explained.

She voiced regret that no one had yet been punished for indulging in torture, noting that India "has yet to pass an anti-torture bill."

When the Malegaon bombing took place, Shabbir Masiullah, another defendant in the case, was already in police custody in connection with Mumbai's 7/11 train blasts.

"I was portrayed as the 'mastermind' of the 2006 Malegaon blasts, although I was already in jail when the blasts happened -- as can be proved with legal documents," Masiullah told the AA.

ATS accused Masiullah, who deals in industrial batteries, of storing RDX -- an explosive material widely used in military and industrial applications -- at his warehouse.

"In the dark of night, they took me to my warehouse and mixed traces of RDX in the soil," Masiullah asserted. "The same soil sample was then sent to Bangalore for forensic examination."

He too accused ATS officers of torturing him.

"Once, some officers poured Suryaprakash oil [acidic oil] on my private parts. They injected the same [material] into my anus. It burned my skin," he alleged.

"This way, they took my confession," Masiullah said, adding that he later retracted this "confession" in the special anti-terror court.

He also says he was subjected to various tests that affected him mentally.

"For days, I was under the heavy influence of the narco tests. I once fainted in front of the judge," he said.

When Masiullah was transferred to Arthur Road Jail, he used to vomit blood due to the excessive torture.

Masiullah experienced the saddest moment of his life when his three-year-old son Maaz Arqam wanted to climb onto his lap outside the special anti-terror court, but police stopped him.

"This was the mental torture I went through," he recalled.

From prayer to jail

Mohamed Zahid, a third defendant, was portrayed as the "bomb planter" in the Malegaon blasts, although -- on that fateful day -- he was leading Friday prayers at a mosque in Phulsavangi, some 500km from Malegaon.

"Two hundred and fifteen people gave an affidavit that on the day of the blasts, I was in Phulsavangi," Zahid told the AA. "Of these 215, 75 were my Hindu brethren."

"Is there any person on this planet who can be at two places at the same time?" Zahid asked sarcastically.

The ATS made good use of two previous criminal cases against Zahid, an alleged member of the banned Students Islamic Movement of India (SIMI).

"All of the accused are innocent, but Zahid was deliberately singled out to fulfill the legal requirement," defense lawyer Irfana Hamdani told the AA.

Under MCOCA legislation, the prosecution must prove the attacks had been "organized" -- and for that, one of the defendants had to have two previous criminal cases against him.

"I happily signed the confession statement. I did not even know what a confession meant," said Zahid, a college dropout. "I was under the impression that it would help me get bail."

"The bomb blasts case has uprooted my family life. The stigma of terror still haunts us," he said.

The three defendants interviewed by the AA have more in common than just the same nightmarish detention and memories of abuse.

All three of them used their time in detention for a greater good.

The stench and squalor of Mumbai's Arthur Road Jail did not deter Huda from accomplishing one of his long-term goals.

He finished his education in jail by taking a long-distance learning course.

Masiullah, for his part, mastered the art of acupressure while in jail from a South Indian physiotherapist.

"He taught me some techniques that helped me immensely to cope with my pain. I read many books on acupressure in jail," he said.

In no time, Masiullah became the prison's local "magical doctor," with fellow inmates lining up outside his cell for treatment.

Masiullah says that when the prison wardens learned of his acupressure technique, they began treating him much better.

Sensing his growing popularity, Masiullah devised a policy that the wardens happily accepted.

"I laid down a condition that for every jail official I treat, I will treat two prisoners," he said.

On August 29 of this year, the NIA informed the special anti-terror court that it would not have any objection if all nine defendants in the case were discharged.

"The whole case against us was like a palace in sand," said Masiullah.  "It was bound to crumble."