﻿Khosro Qanbarian Alavijeh said that the authorities had accused his wife to working to spread Islam and were using that as a grounds to take away their baby. 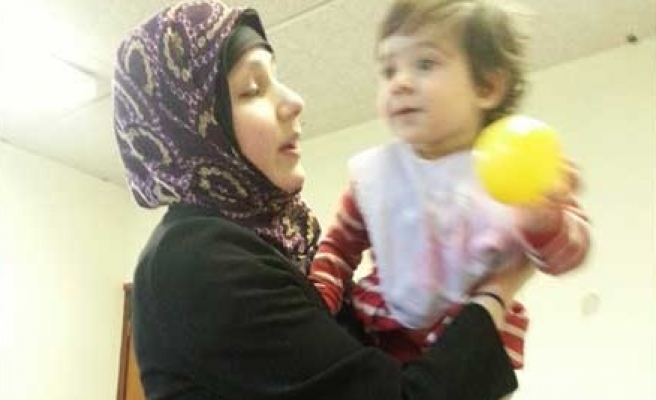 Khosro Qanbarian Alavijeh, an Iranian man living in Northern Ireland, has said that the local social services have taken away his baby daughter as part of a scheme called 'Social, Psychological and Dietetics, Cultural, Religious and Sexual Programming of a Baby'.

Calling the authorities 'kidnappers', Alavijeh said they had 'abducted' his daughter a year ago when she was just 4.5 months old after singling his family out just because they are Muslim and his wife, who is a convert to Islam, wears a headscarf.

“Our daughter Hannah Rosemary Fatimah Alavijeh has been kidnapped and is held as a hostage on grounds of her mother wearing a headscarf and accepting Islam as her religion as well as myself being an Iranian Muslim,” Alavijeh told Iranian Press TV.

Alavijeh, who said he changed his name to Ricardo to escape discrimination because of his name, said that the authorities had accused his wife to working to spread Islam and were using that as a grounds to take away their baby.

Describing the scene from March 2013, Alavijeh told Press TV “Hannah was terrorized in front of me. I took the video of her abduction and posted it on YouTube before being told by my previous barrister to remove them in return for my baby’s release.”

Khosro Qanbarian Alavijeh has been living in Northern Ireland for three decades.