According to Israeli newspaper Haaretz, Elad is on the verge of assuming the management of the so-called Jerusalem Archeological Gardens, which includes the southern part of the Western Wall. 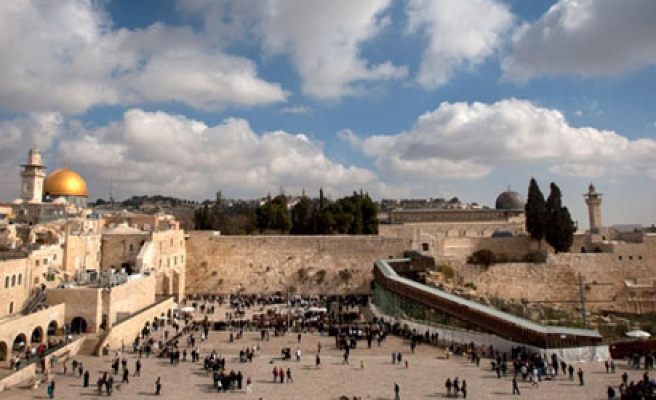 An Israeli settlement group seeks to assume control over a part of the Al-Aqsa Mosque compound following an agreement with the Israeli government, the Al-Aqsa Foundation for Endowment and Heritage warned on Wednesday.

"The Elad settlement institution is trying to control several acres of Islamic Waqf (endowment)," the foundation, which is devoted to safeguarding the iconic mosque from Israeli depredations, said in a statement.

"Israel is trying to Judaize Al-Quds [occupied East Jerusalem] through control of more than 20 acres, stretching from the sanctuary of Al-Aqsa Mosque until the Magharbah Gate," the foundation said.

According to Israeli newspaper Haaretz, Elad is on the verge of assuming the management of the so-called Jerusalem Archeological Gardens, which includes the southern part of the Western Wall.

The site was established on the ruins of the Al-Magharbeh quarter, which was destroyed during the 1967 war, southwest of the Al-Aqsa Mosque compound.

"Israel is trying to take control of the Umayyad-era palaces in the southern and western parts of the compound," the foundation argued.

The Al-Aqsa Mosque complex is an Islamic endowment, to which Israel has no right," Sheikh Kamal Khatib, deputy head of the Islamic Movement in the Arab sector inside Israel, told Anadolu Agency.

By these plans, Khatib said, "Israel is trying to build a Talmudic center near Al-Aqsa in order to change the city's features."

The latest developments come amid reports that the Israeli Knesset is set to discuss proposed legislation to revoke Jordan's oversight of sacred sites in Al-Quds and replace it with Israeli supervision.

Since the 1950s, Jordan has administered and overseen all Muslim and Christian religious sites in Al-Quds.

A 1994 peace treaty between Jordan and Israel recognizes Jordan's special supervisory role over holy sites in the city.

Palestinians insist that Al-Quds, which is home to the Al-Aqsa Mosque, Islam's third holiest shrine, will be the capital of their future state.

Jews refer to the holy area as the "Temple Mount," claiming it was the site of two prominent Jewish temples in ancient times.

A committee in Israel's Knesset is due to hold a session on Wednesday to discuss preparations for "mass break-ins" into the Al-Aqsa Mosque compound during the Jewish Passover holidays in April, the Al-Aqsa Foundation for Endowment and Heritage warned.

"The Knesset's internal affairs committee will discuss the preparations by the Israeli occupation forces to secure the mass break-ins during Passover," the foundation said in a statement.

The foundation also warned against an alleged scheme by Israeli authorities to partition the holy compound through its "consequent measures against the holy mosque in this critical period."

The Israeli authorities are yet to comment on the foundation's assertions.