With a collection of twenty-five paintings demonstrating manifestations of coexistence, mutual understanding and harmony between people, brought on the praise of a number of esteemed visitors. 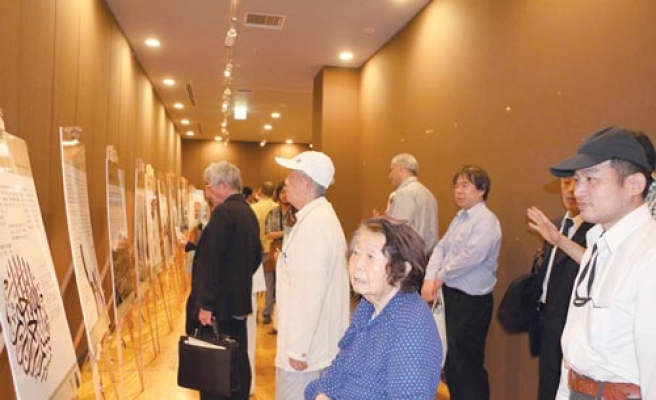 Doshisha University in Japan's Kyoto has hosted exhibition about Islam organized by the Omani Foundations and Religious Affairs Ministry called the “Message of Islam from Oman”.

The aim of the exhibition, which also offered a tour into life in Oman, was to familiarize the Japanese public with the teachings of tolerance and peace in Isam, Centre for Monotheistic Studies director Professor Katashiro Kohara told the Oman Observer.

“The Japanese public is open to learn new things. The Japanese are interested in learning about Islam,” he said.

“The Exhibition gives the Japanese another chance to learn about the basic principles of Islam and the great contributions of Oman in spreading the message of tolerance,” he added.

With a collection of twenty-five paintings demonstrating manifestations of coexistence, mutual understanding and harmony between people, brought on the praise of a number of esteemed visitors.

“This gathering is very important as it enables the Japanese understand Islam in general and Oman, in particular,” Professor Junia Shinohi, a professor of Theology at the University of Doshisha, said.

Exhibition organizer Dr Mohammad bin Said Al Maamari said “The best thing we can do is to spread the messages of peace and goodwill among the entire mankind.”

The majority of estimates of the Muslim population have been put at around 100,000 in estimates.