Iftar tents have in the past been limited to areas inhabited primarily by Turks, but now they have begun to be established in places where Turks constitute a smaller minority. 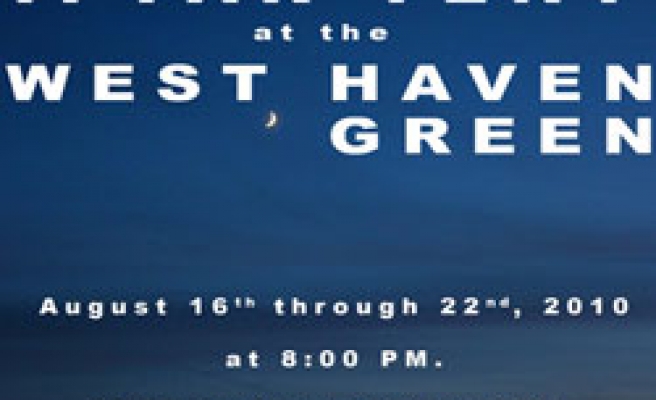 Fast-breaking iftar tents, which have long been a staple of the holy Muslim month of Ramadan in Turkey, have now made their way across the Atlantic, with tents established in the state of Connecticut by the Turkish Culture Center drawing attention from its American neighbors.

Iftar tents have in the past been limited to areas inhabited primarily by Turks, but now they have begun to be established in places where Turks constitute a smaller minority.

John M. Picard, mayor of the town of West Haven, with a population of 1,500 Muslims of Turkish origin, says he supports the iftar tent in the town, noting that he was unaware of the existence of Turks in West Haven until 2007, when Turks first asked to set up their tents.

He said seeing everyone come together for an iftar dinner regardless of nationality or religion was an extraordinary thing and made him very happy.

Around 400 people have fast-breaking dinners each day in the iftar tents established in West Haven. Guests at the dinners are served a full menu, starting with a soup and ending with a dessert. Children are also served ice cream.

A senior manager at the Connecticut Turkish Culture Center, Nebi Demirsoy, noted that the establishment of iftar tents is a tradition of Ramadan, adding: “Muslims have lived in West Haven for 20 years, but they have never done such an activity. Every day we receive many letters of thanks. Good friendships are established at fast-breaking dinners. The municipality normally charges for activities held in Green Park but has not asked even a penny from us. Electricity and cleaning are provided for free. We set up the tent and distribute the food. The mayor was here yesterday, and he is here again today.”

An American couple, John and Carole Conroy, said they were informed about the iftar tent through a flier. Carole Conroy noted that she has never been to Turkey but her son is living in Dubai and he has told them about Turkish cuisine. She said she is Polish and her husband is Scottish and that they are both interested in Islamic culture. Calling the iftar tent a wonderful idea, she said if it had been any other event, people would eat separately, but here everyone is sitting side by side and enjoying conversation.