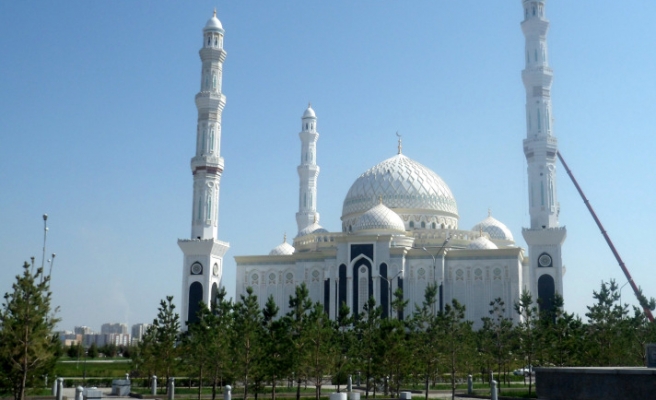 Kazakhstan's largest mosque, which was built by Turkish Sembol Construction Company, was inaugurated on Friday.

Hazret Sultan Mosque was opened to worship with a ceremony participated by Kazakh President Nursultan Nazarbayev who is also celebrating his birthday on July 6.

It has four minarets, each 77 meters high, as well as ten domes.

1,500 people worked during the construction of the mosque.