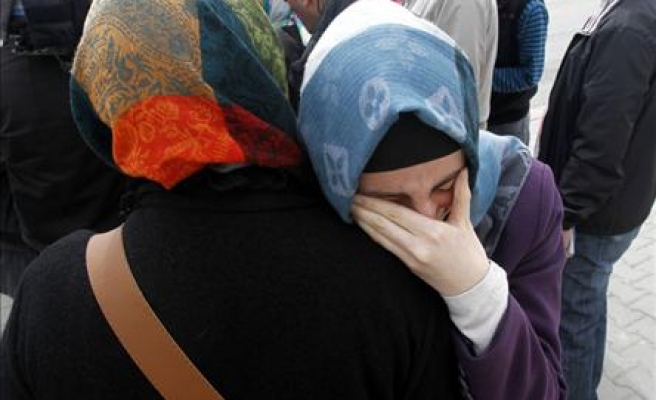 Turkey has abolished the ban on headscarf in government offices with a series of reforms introduced through a democratization package Prime Minister Erdogan announced on Monday while Western many countries continue to bring new restrictive regulations on headscarf, mostly seen as an indicator of rising Islamophobia.

"Women are at the target of Islamophobia because they are visible ones wearing the hijab," said Steinberg.

Pointing at the double standard Muslim women facing, Steinberg mentioned that Montreal had Orthodox Hasidic men with long beards and hats, whose faces were hardly recognized but they face no ban.

Asked her opinion about Turkey's headscarf reform, "Turkey has managed to obtain very interesting course in becoming consistently more democratic and also taking a leadership position in the Muslim world," said  Anne Norton, a professor of political science and comparative literature at the University of Pennsylvania.

"Recognizing the way which Turkey can lead in combating Islamophobia is impressive and useful."

Norton also said that freedom of speech should also protect dress and women should be able to dress in the way that expressed their principles and believes.

"In Brussels there is a significant Muslim population, and EU institutions are there but you see Muslims as taxi drivers, security people, waiters but Muslims especially with hijab inside the parliament, where there is power, influence and decision making."

Women with headscarves target of Islamophobia

Women are the most striking victims of Islamophobic actions and policies in the world.

According to Collective Center for Islamophobia in France (CCIF) in 2012, 85 percent of 469 Muslims attacked were women, while Britain's first call center against Islamophobic attacks Tell MAMA says 58 percent of attacks against Muslims targeted women.

A March 2013 report by The European Network Against Racism (ENAR) shows Muslim women are mostly discriminated in employment and education.