Lock of Kaaba changed after 30 years

The lock of the Kaaba was changed after officials washing the Kaaba noticed it was rusty. 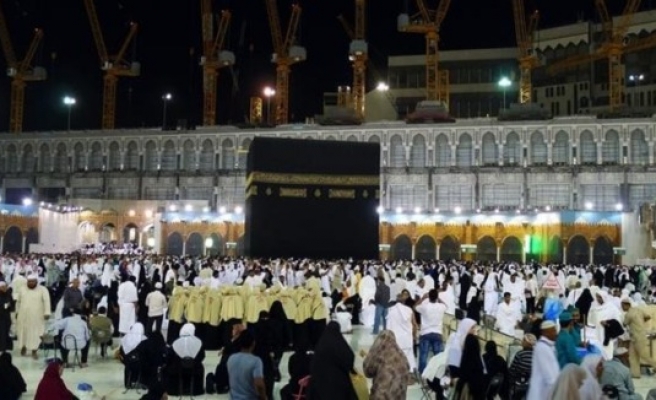 The General Presidency of the Two Holy Mosques has announced that the lock of the Kaaba was changed after officials washing the Kaaba noticed it was rusty. The lock was made 30 years ago.

The new lock was handed to the senior “sadin,” the Kaaba’s key keeper, Shiekh Abdulqader Al-Shaibi, reported the Arab News.

The statement clarified the controversy over having the lock changed, which came at the request of the late senior Sadin Sheikh Abdul Aziz Al-Sheibi, the previous keeper of the Holy Kaaba’s door key. However, the new Kaaba’s key keeper said he should have been notified about the matter.

All affairs of the Kaaba, such as the washing, changing the Kiswaa, the lock or the other affairs are usually notified by the Royal Court to the sadin, and not the general presidency, through the governor of Makkah, said the senior sadin.

Sheikh Abdulqader Al-Sheibi said that Abdul Rahman Al-Sudais, head of the General Presidency of the Two Holy Mosques, inspected the new lock while the sadin was away.

The new lock is made of 18-carat gold.

Since Prophet Muhammad (peace be upon him) handed over the key to the Kaaba to Othman bin Talha, the prophet’s companion’s lineage sons have been inheriting it and the title Sadin of the Kaaba until today.

The Sadin is the keeper of the Kaaba’s key. Sadins are originally members of the Al-Shaibi family whose history can be traced to pre-Islamic period.

Usually the key is with the senior Sadin who is currently Shiekh Abdulqader Al-Shaibi.

The key is used twice a year: once in the month of Muharram and the second is in the first day of the month of Sha’ban.