Headscarf-wearing Muslim women are making strides at the Olympic Games, a year after the Iranian women's soccer team broke down in tears at having to withdraw from a qualifying match because they wore hijabs. 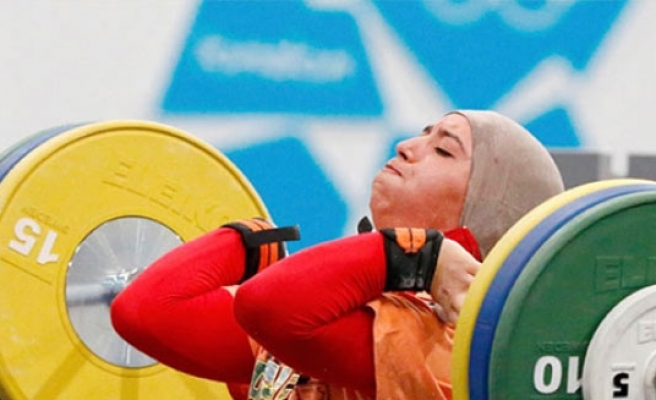 Headscarf-wearing Muslim women are making strides at the Olympic Games, a year after the Iranian women's soccer team broke down in tears at having to withdraw from a qualifying match because they wore hijabs.

Worn under a fencing mask, wrapped tightly in an elasticated bun for weightlifting or styled into a cap for shooting, the headgear is finally winning acceptance from sporting associations.

This week judo sports authorities and the Saudi Olympic Committee confirmed they had reached an agreement allowing a Saudi judoka to compete with her hair covered, and last month soccer's rule makers also lifted their ban on the hijab.

The International Judo Federation had initially said Wojdan Ali Seraj Abdulrahim Shaherkani could not compete in a headscarf, which would have been a huge blow to aspiring Saudi sportswomen: she and runner Sarah Attar are the country's first women to compete at any Olympics.

Islamic states Brunei and Qatar have also sent female athletes to the Games for the first time.

The modest forms of dress demanded by more conservative societies or chosen by more pious women have long been a brake on female participation in sport, not only for Muslims but also for women of other faiths.

"Many Muslim women both in Britain and around the world are excluded or discouraged from taking up sports owing to their desire to maintain stricter standards of modesty than sports clothes allow," said Emma Tarlo of the department of anthropology at Goldsmiths, University of London.

The Egypt women''s double sculls train during the London 2012 Olympic Games Rowing competition at the Eton Dorney rowing centre near the village of Dorney, west of London, Britain, 27 July 2012.(EPA)

"And Muslims are not alone. A number of women from Hindu, Sikh, and orthodox Jewish backgrounds as well as people with weight issues are put off swimming by the skimpiness of most existing styles of swimwear," she added.