Turkey, Morocco, Pakistan will begin the Eidh on the same day while Saudi Arabia chose October 15 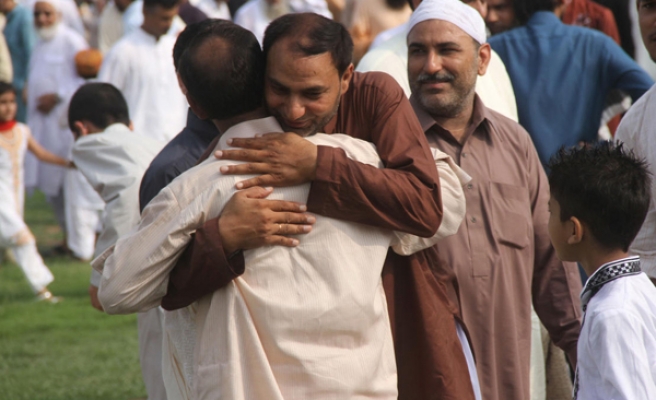 The Moroccan Ministry of Foundations and Islamic Affairs announced on Monday that the Eid al-Adha, "Feast of the Sacrifice," will be celebrated as of October 16 in the country.

A written statement on its official website said the crescent of the Islamic month of Dhu al-Hijjah (Zilhicce) was observed and they thus calculated Eid al-Adha to begin on October 16.

Islamic calender is based on Moon's movements and many Muslim communities rely on eye-sighting of the crescent to mark the start of a month while some countries base the calender on astronomic charts.

Pakistani officials also publicized they would celebrate Eid al-Adha as of October 16.

The last month of the Islamic lunar calendar,"Dhu al-Hijjah" which literally means "Possessor of the Pilgrimage," marks when Muslim pilgrims from across the world congregate at Islam's holy capital Mecca to visit the Kaaba.

The Hajj (pilgrimage), one of the five pillars of Islam, is performed on the eighth, ninth and the tenth of this month.

The Day of Arafa, the eve of Eid al-Adha, takes place on the ninth of the month while Eid al-Adha begins on the tenth day and ends on the thirteenth.

Eid al-Adha is an important religious holiday celebrated by Muslims worldwide to honour the willingness of prophet Ibrahim (Abraham) to sacrifice his young first-born son Ismail as an act of submission to Allah's command and his son's acceptance of being sacrificed, before Allah intervened to provide Ibrahim with a lamb to sacrifice instead.

During the Eid al-Adha, Muslims perform certain services along with the Eid prayers, such as sacrificing their best halal livestock, like a sheep, cow, goat or camel, in the name of Allah. The sacrifice is an obligation for affluent Muslims who can afford it, who share one-third of the meat with friends and neighbours while donating one-third or more to the needy.