The sale and slaughter of sacrificial animals will be banned in Moscow during the Eid holiday. 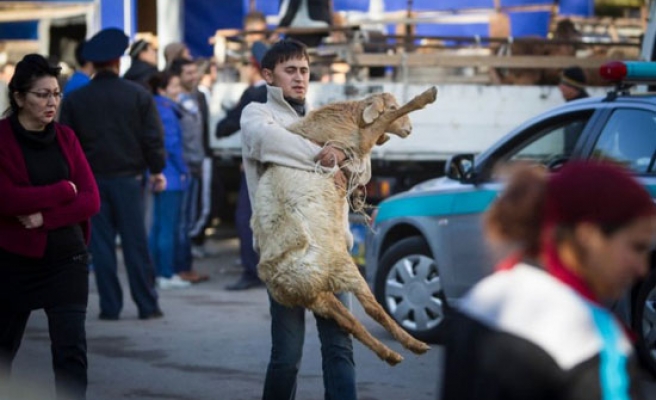 Muslims in the Russian capital Moscow have been denied the right to celebrate the upcoming Eid al-Adhu (Feast of the Sacrifice) Islamic holiday after local authorities banned them from carrying out the traditional slaughter ritual.

The second of the two Eid holidays in the Islamic calender, Muslims typically celebrate the occassion by slaughtering a lamb, a cow or a camel and distributing its meat to relatives, neighbors and the poor.

However, a spokesman for the city's inter-regional cooperation, national policy and religious organizations department, told Interfax on Wednesday that the sale and slaughter of sacrificial animals will be banned in Moscow during the holiday.

Muslims will be allowed to fulfil the regilious rite in villages outside of the main city, he added.

A recent influx of migrant workers in Moscow from mainly Muslim parts of Russia, such as the northern Caucasus and central Asia, have brought to light new issues in the city, amid increasing tensions between migrants and the city's Slavic community.

Currently, there are only four official mosques in Moscow, which is insufficient to cope with the increase of Muslims arriving in the city.

Muslims in Moscow in recent years have had to resort to praying their Eid prayers in public squares with prior permission from the local authorities.

In total, around 23 million Muslims live in Russia, making it the country's second largest religion with 15% of the overall population of 145 million.