A far-right activist said such violence had been provoked by government efforts to suppress "nationalist movements" that provided a legitimate outlet for discontent. 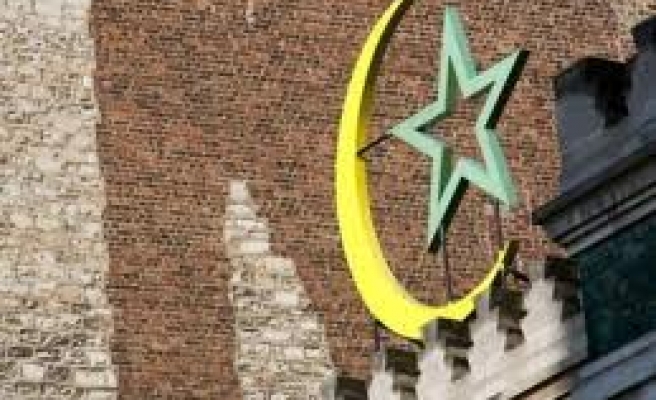 Muslim leaders in the French city of Lyon said on Monday they feared a surge in attacks on mosques in the style of one averted last week in which a soldier was arrested on suspicion of planning a shooting during an Islamic feast holiday.

Anti-Muslim incidents have risen steadily in recent years in France, home to Europe's largest Islamic minority, according to the Committee against Islamophobia in France (CCIF), which blames anti-Muslim rhetoric by far-right politicians.

A far-right activist said such violence had been provoked by government efforts to suppress "nationalist movements" that provided a legitimate outlet for discontent.

Kamel Kabtane, imam of the Grand Mosque of Lyon, called on local Muslims to gather for a show of solidarity at the suburban Minguettes Mosque, which police said the soldier arrested on Saturday planned to shoot at on the Muslim Eid al-Fitr holiday.

The 23-year-old, from an air force base near Lyon, was placed under formal investigation on Monday, accused of "possessing category 4 ammunitions in relation to a terrorist undertaking". Described by the interior ministry as holding extreme right-wing views, he was also accused of lobbing a Molotov cocktail at a mosque near Bordeaux last year.

"There is a clear will today to hurt the Muslim community," Kabtane said, adding that two minor acts had been carried out against mosques in southeastern France over the weekend.

"These are no longer isolated acts. It feels like there is a whole organisation being put in place," he said.

Alexandre Gabriac, the young founder of a now banned far-right group called the Revolutionary Youths, blamed the rise in anti-Muslim attacks on the clampdown and said the government should take some responsibility.

"Dissolving nationalist movements drives people to carry out isolated, reckless acts," he said. "Our groups enabled the anger that is rising to be channelled and transformed into a political foundation. These isolated acts will be more and more frequent."

Staunchly secular France has long struggled to assimilate a Muslim population made up largely of descendants of immigrants from ex-colonies, that has grown to around 5 million people and itself feels shut out of mainstream society and the job market.

The previous conservative government banned full-face veils in public and far-right politicians have complained about Muslim prayers spilling out onto streets from overcrowded mosques.

The clampdown on far-right groups was sparked by the death of a left-wing student in a brawl in Paris.

Kamel Arioua, head of an association that manages the Minguettes mosque, said the soldier's alleged plan to shoot at it on the holiday marking the end of the Ramadan fasting period could have set off a riot, even if there were no casualties.

The soldier, in police custody on Monday, is also accused of "defacing a place of worship in relation to a terrorist undertaking" for the Bordeaux attack, a legal source said.

In France, placing a person under formal investigation means there is serious or consistent evidence pointing to their likely implication in a crime, and moves them a step closer to a trial.