Husain Abdullah was flagged for 'unsportsmanlike conduct' for performing the Islamic prostration as a touchdown celebration. 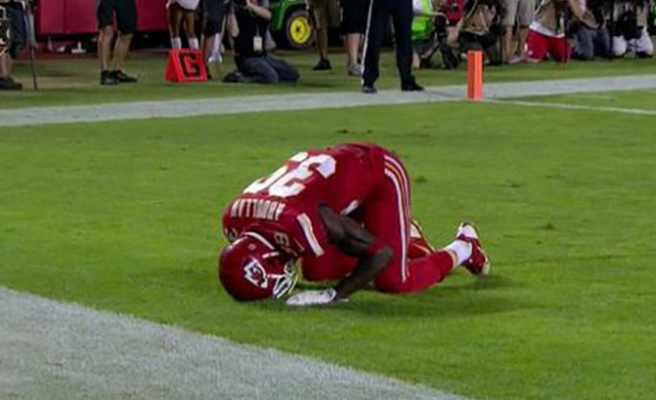 American football player Husain Abdullah has received a penalty for 'unsportsmanlike conduct' after performing the Islamic prostration during a touchdown celebration on Monday.

The 29-year-old Kansas City Chiefs player was flagged by referrees during his teams' 41-14 win over the New England Patriots for violating the league’s 'celebration rules'.

However, the actions of the referrees were slammed by the NFL on Tuesday morning when they released a statement saying Abdullah should not have been flagged.

Abdullah, who is a devout Muslim, took time out from the NFL in 2012 to go on the Hajj pilgrimage to Mecca with his brother and fellow NFL player Hamza.