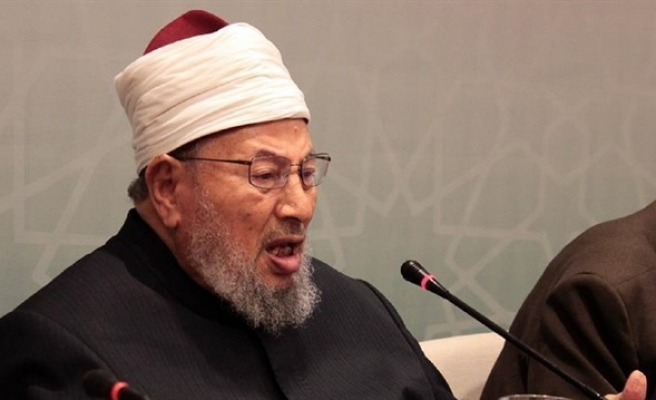 Muslim scholars from around the world meeting Monday in Istanbul said work must be done to strengthen the Muslim community.

"Islam has spread from the Arabian Peninsula to China, from the Samarkand to the Indian peninsula, Asia and Europe. At that time, Umayyads and Muslims became rulers of the world in a very short time. Then we have to turn this Ummah back to those days. This is our promise to the Ummah " said International Union of Muslim Scholars (IUMS) chairman Yusuf al-Qaradawi.

The 5th Meeting of IUMS’ Board of Trustees was attended by Qaradawi, Deputy Chairman of the Turkish Directorate of Religious Affairs Selim Argun as well as other scholars from across the globe.

The scholars discussed the conflicts in the Islamic world and the role of Muslim clerics in solving these problems, calling for an awakening of the Muslim community.

Qaradawi said the scholars had to work to make the Muslim community strong again.

"If we would summarize the message of Prophet Muhammad in one word, we would say it is "mercy". Mercy for all creation," he said, adding scholars who bear the message of Islam should pave the way for the Ummah and move them forward.

In the closing declaration, the union expressed its appreciation of the progress since its inception, calling for the continuation of the academic, scientific, awareness-raising and innovative message for the Islamic community.