The fatwa comes in response to a planned space mission called Mars One which aims to settle a permanent human colony on Mars in 2023. 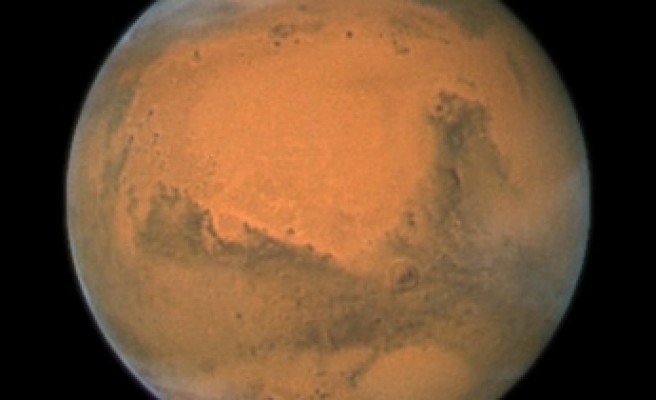 The General Authority of Islamic Affairs and Endowment in the UAE has issued an fatwa (Islamic ruling) prohibiting Muslims from volunteering to live the rest of their lives on Mars.

The fatwa comes in response to a planned space mission called Mars One which aims to settle a permanent human colony on Mars in 2023.

“Such a one-way journey poses a real risk to life, and that can never be justified in Islam,” the committee said, adding “There is a possibility that an individual who travels to planet Mars may not be able to remain alive there, and is more vulnerable to death.”

Comparing taking such a risk to committing suicide, the ruling stated that death there was no “righteous reason” for Muslims to give their lives for such a mission.

“Protecting life against all possible dangers and keeping it safe is an issue agreed upon by all religions and is clearly stipulated in verse 4/29 of the Holy Quran: Do not kill yourselves or one another. Indeed, Allah is to you ever Merciful,” the fatwa quoted.

Presided by Professor Dr Farooq Hamada, the committee stated “...in verse 19/93 of the Holy Quran in which Allah says: There is no one in the heavens and earth but that he comes to the Most Merciful as a servant. (Indeed) He has enumerated them and counted them a (full) counting.”

Islamic researcher Dr Shaikh Mohammed Al Ashmawy also added, “Almighty Allah said in verse 2/195 in the Holy Quran: Do not throw yourselves with your own hands into destruction.”

Many Muslims including some 500 Saudi Arabians and other Arabs are reported to be among the thousands of volunteer applicants worldwide to participate in the Dutch-sponsored one-way trip to the Red Planet, according to UAE's Khaleej Times, after the $6 billion project was announced in April 2013.

Space exploration is mankind's salvation, not destruction. There will always be short-sighted cowards who refuse to test their boundaries. We must pay no attention to such ignorant people and instead push on forwards for a better future.